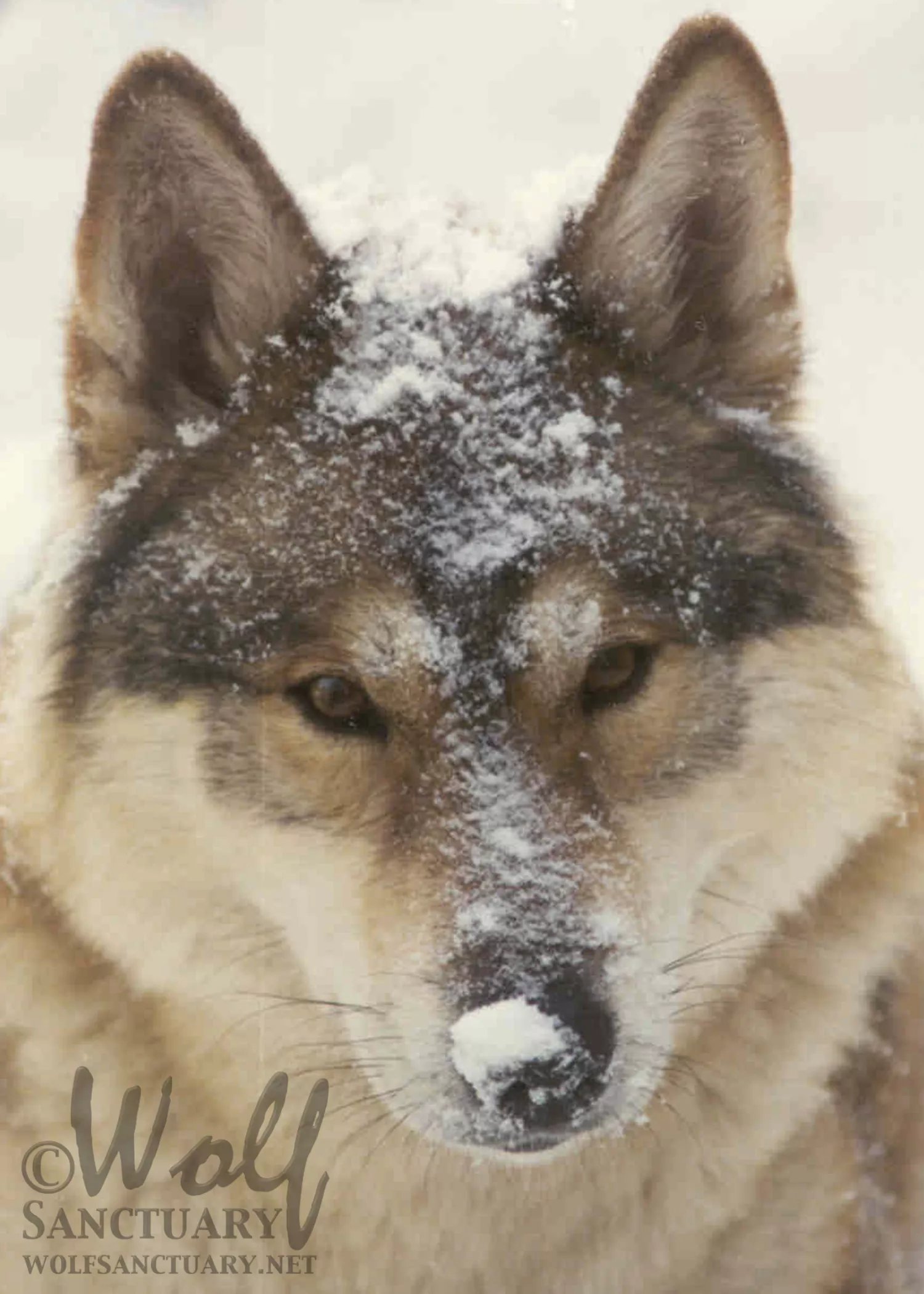 Either lost or deserted by his previous owners, Zeke was found by a Denver school teacher on her way to work. At the end of the day, Zeke accompanied the teacher home and was given to her five-year-old son as a pet. Zeke’s new owners spent the weekend taking Zeke for a hike and watching him play with their son. Monday morning Zeke was left in the backyard while the family went off to school and work. Upon their return, they discovered that Zeke had escaped from the backyard by digging under the fence and had been picked up by animal control. Unless Zeke’s caretaker could prove that Zeke had been hers for more than ten days, she would not be able to get him released and he would be euthanized. Luckily, his caretaker was able get a letter explaining her ownership of Zeke, and he was released to her one day before he was to be euthanized. After reading the information the humane society gave her about wolf dogs, the caretaker decided that it would not be wise to keep Zeke in the same house with her five-year-old son, and Zeke came to W.O.L.F on November 11, 1995.

Zeke was placed in the enclosure with Sasha and Lara. For Sasha this was a blessing, as Lara was extremely reluctant to play due to her previous upbringing, and Sasha had a tremendous amount of energy to expend. He immediately took the young Zeke under his care. They bonded quickly, and even Lara loosened up once in a while and played with them as well. Zeke was a trickster and took every opportunity he could find to play, tease and otherwise enjoy being alive. Life got even more exciting when a small female named Artemis was rescued and introduced to the group. They all seemed to be doing great together.

One day, Zeke was noticed to be limping and was diagnosed with a torn ACL in his left knee. He was operated on and kept near the house for twelve weeks while he recovered. The reunion with his pack was wonderful to watch and all appeared to be well until Sasha fell ill and had to be euthanized. A young, energetic wolf dog from Vermont named Merlin was rescued and introduced into Zeke’s enclosure. This time Zeke took on the role of mentor and playmate. The three young animals and Lara were doing great until Zeke tore his right ACL and again was operated on and placed near the house to recuperate. This time the recovery process did not go as well, and Zeke developed an infection that caused him to chew at the site and expose a piece of the suture material. Eventually, it became obvious that a small area was not healing, and Zeke needed to have that knee operated on again. The lengthy time away from his pack made it impossible for Zeke to return to his enclosure. He seemed to accept his situation well and maintained his exuberance and teasing attitude.

A day came when Zeke experienced a couple episodes of vomiting and was lethargic. The following day he was his old self – jumping, playing, nipping and being a general trickster. Not sure of what was going on, but believing that he may have an intestinal blockage, we made an appointment for Zeke with our vet. Following her initial exam, the vet made the determination to operate without an x-ray as Zeke was running a temperature and his abdomen was somewhat distended. Once the vet opened him up, it was obvious that he was in the final stages of cancer. There was a tumor the size of a grapefruit that had grown into the lower stomach area and bowels, and his lymph nodes were the size of plums when they should have been the size of peas. The edges of his spleen were turning black and there were black spots on his liver and kidneys. A blood test showed that the liver had already begun shutting down. The diseased areas were so extensive that there was no hope for any type of treatment, and Zeke was helped to pass.