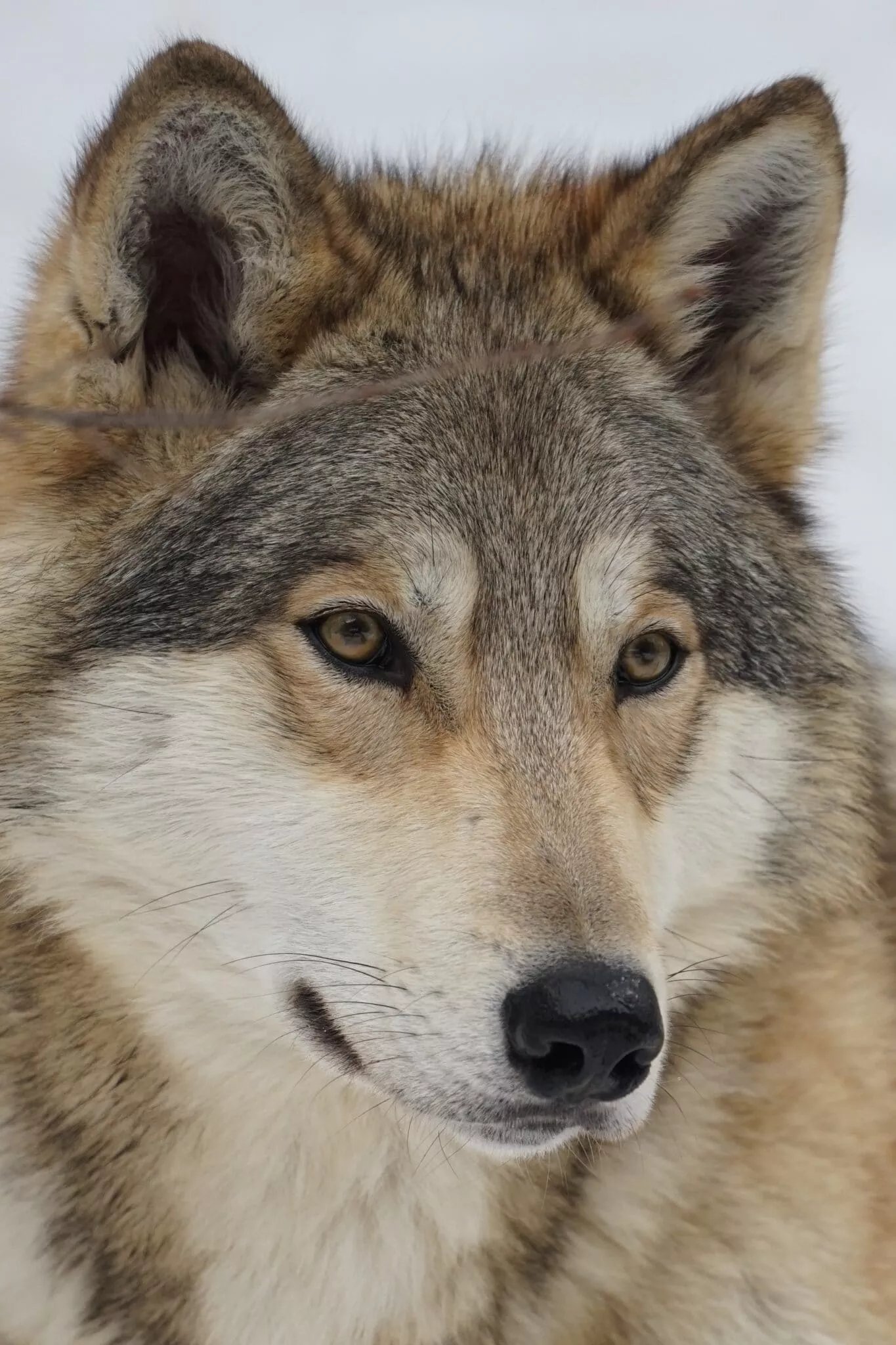 W.O.L.F. received a rescue call for help in mid-August of 2018 from a young woman in Nebraska. She had a sixteen-week-old male wolf dog pup who needed to find a permanent sanctuary placement. The pup, named Kai, was born in April 2018 to a private breeder. A person contacted the breeder about buying the pup, but, unlike most buyers, who usually pick up a wolf pup before its eyes have opened, this one asked the breeder to hold onto him until he was around eight weeks old. Eventually, the sale fell through, and the breeder, knowing there would be less interest in a wolf pup already that old, began dropping the sale price as Kai grew older.

The young woman heard about him and went to see the pup. He was being kept isolated in a small room because the breeder did not want him to bond with anyone unless they would agree to buy him. The breeder was not interacting with him, and he was totally alone. The pup was very frightened when she arrived, and the woman could not leave him. She immediately bought him and took him home.

Through constant love, dedication, and tireless work, she and the little pup, whom she named Kai, formed a very strong bond in just a few weeks, though he continued to remain wary with strangers. However, the young woman’s living situation changed, and she quickly realized that she did not have adequate space to keep the young wolf dog happy. She reached out to W.O.L.F. to see if placement at the Sanctuary was an option.

W.O.L.F.’s Executive Director and Director of Animal Care discussed the pup and decided to accept him as a possible companion for Bella Roux, the wolf dog who recently lost her beloved companion Rajan.

Two days later, the young woman, her mother, and the pup made the journey to W.O.L.F. The young woman introduced the shy pup to the staff. She and her mother stayed to watch the pup meet potential companions. Bella was introduced first, and she made it very clear that she did not want to have anything to do with the little wolf. She was still grieving for her long-time companion Rajan.

Tenali was next. At first, she was overwhelmed by the pup’s enthusiasm. However, she soon began to play, and she wrestled and roughhoused with Kai for hours before they both fell into a state of exhaustion. It looked like things were going to work splendidly between the two of them.

Since W.O.L.F. already had an animal named Kai, we asked his human mom if we could change his name. She was agreeable, and he received the new name of Zakai, which means “innocent” in Hebrew. The name fit him perfectly.

The human mom, who took such good care of the pup, said her goodbyes and promised to come back to visit him. She loved him very much, but she unselfishly turned him over to Tenali. The young woman recognized that her pup needed a life with other animals of his own kind and a surrogate wolf mom who would teach him how to behave.

Tenali quickly took on the role of a teacher for the pup. Her confidence and patience helped him overcome his fear of humans. With Tenali as a security blanket, he began approaching his caretakers. He remains more cautious than Tenali, but as he has grown, he has become more and more confident. He now enjoys attention from many of his caretakers. This once small and timid puppy has grown into a big, handsome wolf dog whose silly and playful personality make him a favorite for many.