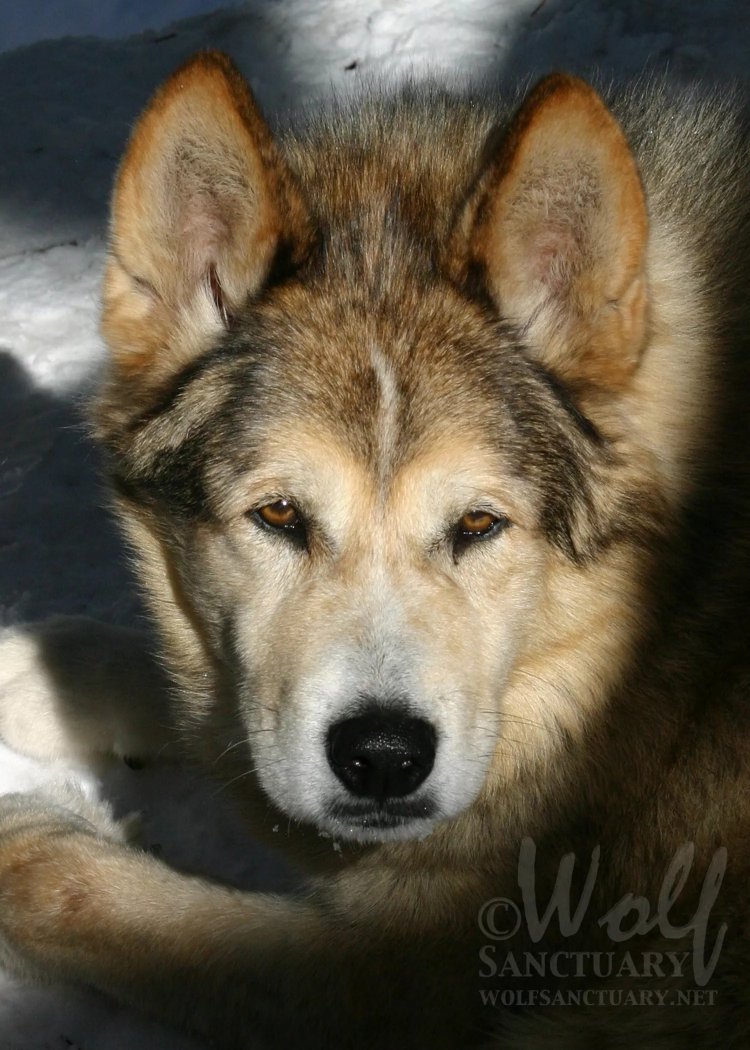 Xavier’s original owners came upon hard times, and they were forced to move and could not take him with them. They promised to send money for his care and upkeep, and for a short period of time they did. They even continued to visit him at the Sanctuary for a time, but the visits became fewer and the financial support less until one day we stopped hearing from them.

Xavier became an omega in his pack at W.O.L.F. Because of his low status, the other animals often picked on Xavier, and it was due to this fact that we decided to place him in an enclosure with Kodiak and her pups. The pups were no longer at an age where their mother felt a need to protect them, and we believed that Xavier could manage fine in that pack.

This was not to be the case, and one day when the cofounders arrived back at the Sanctuary after picking up food for the animals, they discovered a horrific sight. Kodiak and her pups had attacked Xavier! When they saw him, they believed he was already dead. Suddenly, Xavier took one large breath and they realized he was still alive. Quickly, he was gently laid on a board, covered with blankets, and placed in the back of a vehicle for the forty-minute trip to Colorado State University Veterinary Teaching Hospital.

Arriving at the hospital in record time, Xavier was met at the door by doctors with a gurney and was immediately taken into the emergency section. For the next several hours Xavier was treated for numerous wounds, and it was unknown whether he would survive.

It is believed that Kodiak had done what wolf mothers always do. She had taught her pups how to take down prey and eat. Unfortunately, Xavier was the only prey available on whom Kodiak could teach this life lesson. Xavier had cavities the size of grapefruits in both of his thighs, his stomach had been punctured and was leaking fluid into his body, and there was a four-inch hole in his back end alongside his tail. Puncture wounds too numerous to count covered his body, and he was suffering from both blood loss and hypothermia. It was touch and go through the night. The doctors were not sure if he would be able to survive stabilization, and if he did, he would need immediate surgery on his stomach to prevent peritonitis. Xavier was an amazingly strong-willed wolf dog/coyote mix, and he survived the surgeries.

Xavier was accepted back into the very pack that caused his injuries, as it was nothing personal against him, Kodiak was only doing what a mother wolf is supposed to do. We watched Xavier closely, as he was still an omega.

Later in his life, Xavier was diagnosed with a cancerous growth in his lower intestinal tract causing a blockage. He was treated with various medications to help relieve the blockage but eventually was unable to remove waste from his body. Xavier spent his last few weeks at home with the humans who loved him and his four-legged companions. Xavier was a natural clown who made everyone he came into contact with happy. You couldn’t be around him without smiling. He had a wonderful voice, also, and it is very quiet now that he is not around.