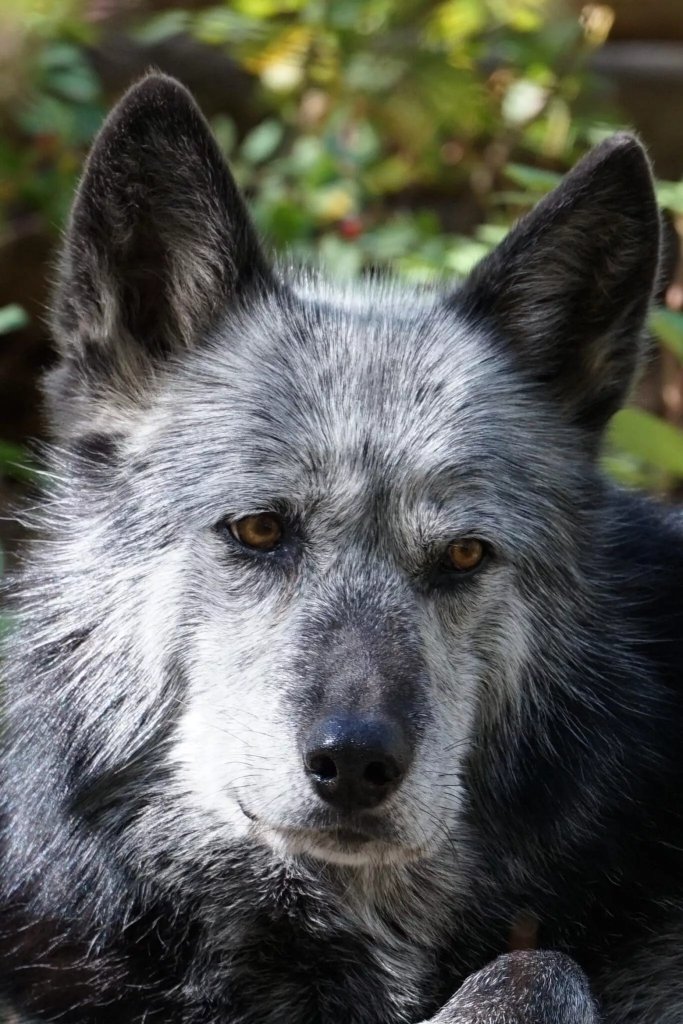 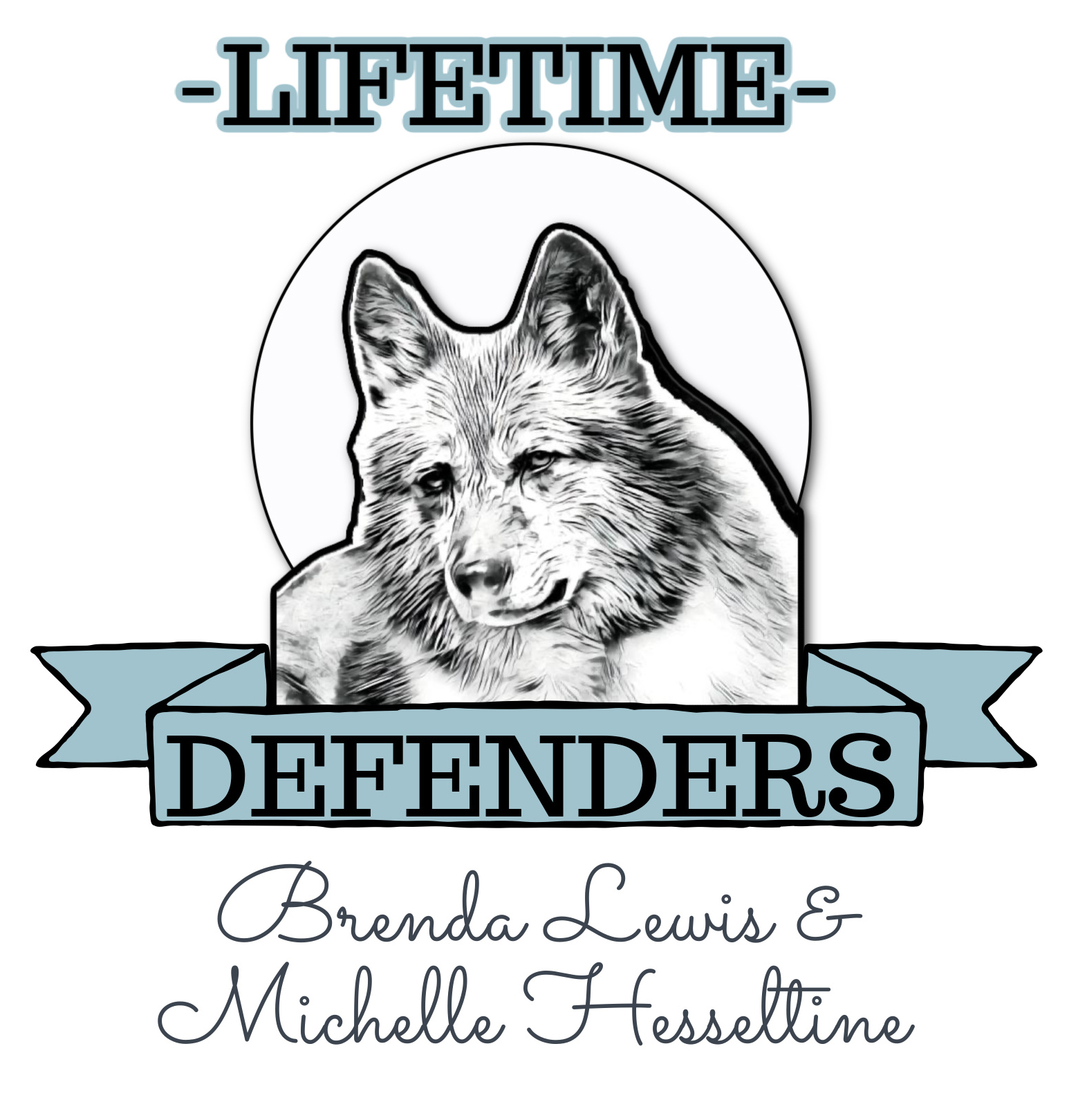 Tundra was born in April 2009 at a “mill” type breeding facility in Wisconsin, and it is unknown how many litters of puppies she has had. The facility came under the scrutiny of county Animal Control and the state Department of Natural Resources when it was found to be illegally breeding and selling wolf dogs. Conditions at the facility were awful. The animals were infested with worms, and Tundra may have delivered her last litter of pups outside with only a leaning wooden pallet for shelter. Through the efforts of many compassionate people and their organizations, Tundra’s future would be brighter than her past.

A concerned DNR warden contacted The Grey Wolf Central WI Wolfdog Rescue about the breeding facility. The Rescue had previously rescued several animals sold by that breeder, one of them being a beautiful black son of Tundra’s. The Rescue collaborated with the county ACO and DNR to work with the breeder, but by April 2011, it was evident the breeder would ultimately be shut down. They needed to pull Tundra and the other four remaining animals. An organization that raises funds for spay/neuter, “Save A Dog”, offered to pay for the entire vetting costs including spay/neuter for all five animals. The Grey Wolf Rescue only had room for one animal. Tundra and the other three were taken in by a foster family who had previously helped Tundra’s son. Tundra lived in, and was dearly loved by, the foster home for approximately two years.

In early November 2013, W.O.L.F. experienced the heartbreaking loss of our beloved Renata. Her companion Sigmund was especially distraught, as she was the second companion that he had lost in less than a year. The Grey Wolf Rescue brought Tundra to our attention, and we felt she would be perfect for Siggy. Tundra seemed to sense W.O.L.F. was her forever home as soon as she arrived. She and Sigmund initially greeted one another with wagging tails through the fence, and when the gate opened, Tundra gave Siggy a human-style hug with her front legs around his neck. She quickly warmed up to the people and animals around her. She was super enthusiastic about getting treats and scent-rubbing on humans. Tundra carried and protected her stuffed toys as though they were her puppies. Sigmund was very protective of her.

Tundra was usually seen lounging on the roof of her house, where she watched the Sanctuary activities like a queen gazing over her court. Tundra’s appearance resembles that of dearly departed Mucqua and Boots. We’ve learned that Mucqua sired many litters of pups in the same area of Wisconsin before he and Boots came to us with the Wide Awake rescue. While we have no way of knowing for certain, Tundra just may be a descendant of one or both of them.

Tundra’s neighbors Trigger and Spartacus were very interested in Sigmund and Tundra. They decided to take matters into their own paws and found a way to climb the fence and become a foursome. Tundra was overjoyed to have younger companions who could keep up with her energy and love of play. Sigmund was frequently the odd man out, and W.O.L.F. made the decision to move him to another enclosure where he would be less stressed by the high-energy trio. He was placed with Pride after she lost her companion Lance.

Spartacus, Tundra, and Trigger became the best of friends. They spent their days playing, exploring their large mountain enclosure, and resting near one another when the day was done. Spartacus became an ambassador and often left the enclosure for educational programs offsite. Tundra and Trigger played together while Spartacus was away. As Trigger reached full maturity, he was sometimes reluctant to allow Spartacus into the enclosure after a program without challenging him. Staff monitored the interactions very carefully to make sure the small skirmishes did not escalate.

As luck would have it, the Sanctuary’s new pup Ashima was finally healthy enough to become a full-time Sanctuary resident. She needed a strong companion who could teach her wolf manners but also keep up with her boundless energy. Spartacus was the wolf for the job. He and Ashima quickly formed a bond, and he moved to a new enclosure with the pup. Trigger and Tundra continued as a duo rather than a trio. Since then, Tundra has helped Trigger gain a significant amount of confidence. When she chooses to interact with their human caretakers, the once shy and reclusive Trigger will now sometimes summon the courage to come within reach and allow a few scratches. Tundra and Trigger have become a tightly bonded couple, and we hope that they will have many more years together.