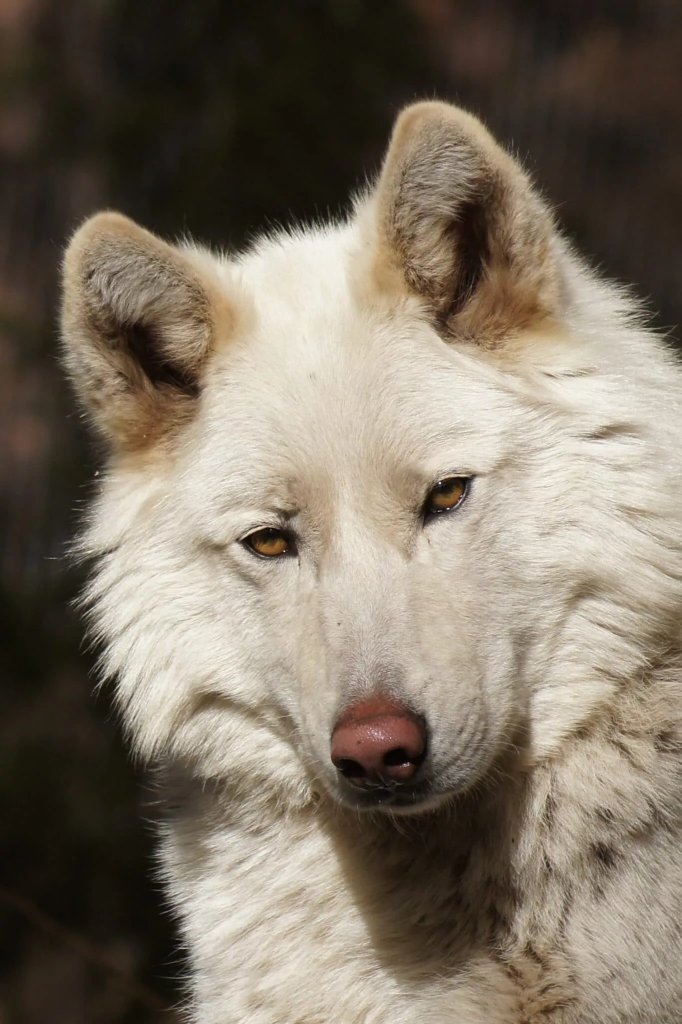 W.O.L.F.’s Rescue Coordinator was contacted in August 2014 by a woman who impulsively purchased a very young wolf dog pup from an ad in the newspaper by an unscrupulous breeder. By the time Trigger was five months old, it was very clear to his owner that he was not an appropriate family pet. She loved the little pup and had a very strong bond with him; however, after doing extensive research on wolf dogs, she realized that Trigger would never be happy or healthy in her home. Trigger had already eaten part of a wall, and she was forced to keep him in a wire kennel in her bedroom while she was at work. She was still able to keep him confined in the kennel but knew that he would soon be able to eat his way through the containment. He enjoyed playing with her other dog, but the play could eventually turn to dominance and endanger the more mature dog. Trigger’s owner made the difficult decision to try to find sanctuary placement for her beloved pup.

Sanctuary placement is very difficult to locate. There are so many animals in need and so few placements. However, she contacted W.O.L.F. with the hope that help would be available. As luck would have it, W.O.L.F. did have space to take Trigger. The owner provided extensive information about the pup along with photographs, videos, and medical information. W.O.L.F. made the decision to accept Trigger into the Sanctuary.

On a lovely fall morning, Trigger and his owner arrived at W.O.L.F. She was able to assist with his placement in an enclosure and tour the facility to see where her baby boy would live the rest of his days. She was extremely lucky that W.O.L.F. was able to take Trigger. Now, he has his forever home at the Sanctuary, and his former owner is welcome to visit him as often as she can.

At first, we thought to try Trigger as a companion for Sasha, but she made it very clear right from the beginning that she was not interested in raising another puppy, despite Trigger’s attempts to win her over. With that potential pairing scratched off the list, we moved onto our second choice, Pax. Pax was unsure about what to do with Trigger but was surprisingly tolerant of Trigger’s puppy antics and pleas, and we became hopeful that Pax would accept the role of friend and mentor for Trigger. Unfortunately, Pax never warmed up to Trigger, often ignoring him or actively trying to avoid him in the enclosure. We were devastated. Trigger was such a sweet, shy little boy in desperate need of a friend and playmate. Luckily, it seemed like the answer to our problem was just across the pond in the form of a new rescue named Spartacus.

When they were introduced, Spartacus and Trigger began to play almost immediately. They chased each other, wrestled, and even slept in the same dog house together! It was truly wonderful to see them getting along so well. Both Spartacus and Trigger were happy to have each other’s companionship, and Spartacus’ obsessive howling all but disappeared with Trigger’s introduction.

Both Spartacus and Trigger were very interested in their neighbors, Tundra and Sigmund. They took matters into their own paws and found a way to climb the fence and become a foursome. Tundra was overjoyed to have younger companions who could keep up with her energy and love of play. Sigmund was frequently the odd man out, and W.O.L.F. made the decision to move him to another enclosure where he would be less stressed by the high-energy trio. He was placed with Pride after she lost her companion Lance.

Spartacus, Tundra, and Trigger became the best of friends. They spent their days playing, exploring their large mountain enclosure, and resting near one another when the day was done. Spartacus became an ambassador and often left the enclosure for educational programs offsite. Tundra and Trigger played together while Spartacus was away. As Trigger reached full maturity, he was sometimes reluctant to allow Spartacus into the enclosure after a program without challenging him. Staff monitored the interactions very carefully to make sure the small skirmishes did not escalate.

As luck would have it, the Sanctuary’s new pup Ashima was finally healthy enough to become a full-time Sanctuary resident. She needed a strong companion who could teach her wolf manners but also keep up with her boundless energy. Spartacus was the wolf for the job. He and Ashima quickly formed a bond, and he moved to a new enclosure with the pup. Trigger and Tundra continued as a duo rather than a trio. Since then, Tundra has helped Trigger gain a significant amount of confidence. When she chooses to interact with their human caretakers, the once shy and reclusive Trigger will now sometimes summon the courage to come within reach and allow a few scratches. Tundra and Trigger have become a tightly bonded couple, and we hope that they will have many more years together.