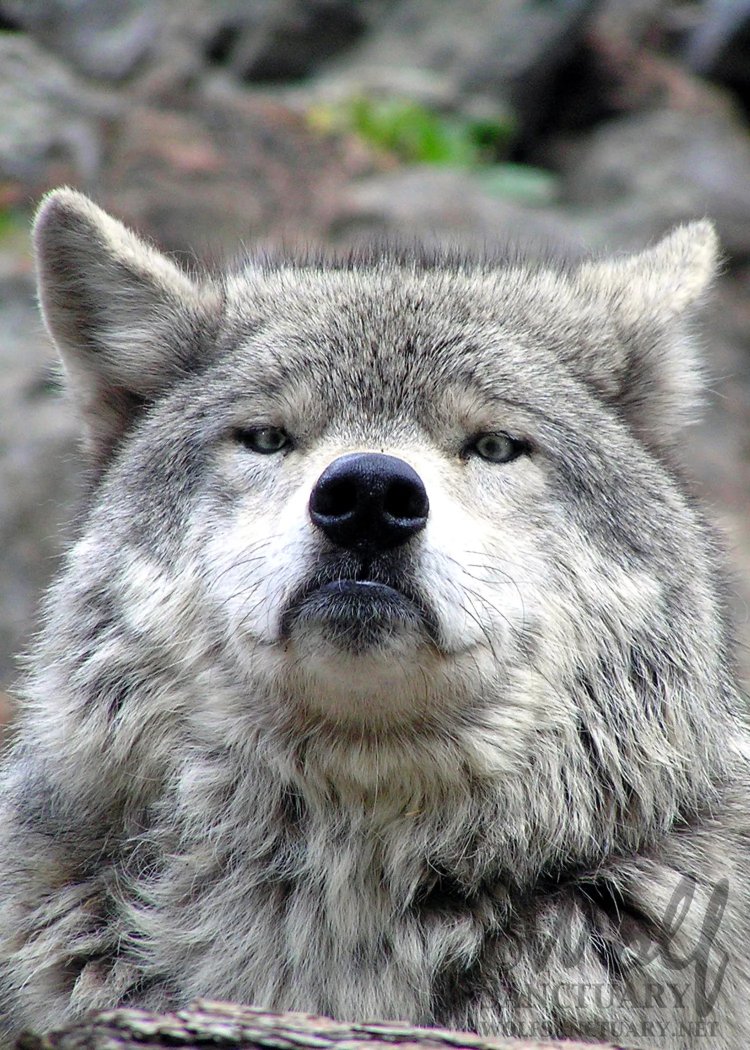 Male
Born: March 1998
Rescued From: Colorado
Given Sanctuary: August 7, 1998
Returned to Spirit: July 28, 2006
Spirit was born at a wildlife photography preserve in Colorado. The owner of the preserve was forced to move his facility to another state and hired someone to run the old facility and care for his animals while he set up the new preserve. The owner of the refuge put his trust in the caretaker, but trust is not always rewarded in kind. Pups were born at the facility, and the caretaker decided to keep two without the permission of the owner at his home in a small enclosure. As the pups grew, it became apparent that the caretaker had no further use for them. In July 1998, the director of another rescue that we had worked with in the past contacted us. She had received a phone call from the caretaker saying that he had two pure wolves he needed to place, and she wanted to know if we knew anything about him. We did know something of this situation, and informed her about what we believed to be the full story. Suffice it to say that the Colorado Division of Wildlife became involved, and the caretaker lost his license to maintain wildlife in the state. One of the pups was taken to the other rescue and Spirit, who was 5 ½ months old at the time, came to live at W.O.L.F. Shortly after Spirit arrived at W.O.L.F., we received a call from a woman who wanted to visit the facility and spend some time with the animals. The woman’s son had recently been killed, and she was trying to heal. A time was set for her to visit the facility. When Kari arrived, the director greeted her and began talking to her about which enclosure she would be taken into. He was shocked when Kari said, “Oh, I know exactly which enclosure. I need to go in with Spirit.” She saw the shocked expression on the director’s face and started to explain. “You see,” she said, “I have known Spirit since he was a few weeks old. I just didn’t know where he was until recently.”Kari continued her amazing story. “I used to take care of him and his brother when they were kept next door to where I live, and then one day they just disappeared. The man who kept them wouldn’t tell me what had happened to them. Then very recently my eighteen-year-old son was killed in a climbing accident.” Kari explained that for the past three months, since her son’s death, she had lost all interest in living.

Then one day while at work, she felt an overwhelming urge to go out to her car and go through the mail she had been ignoring for months. As she leafed through the stack that had accumulated on the front seat, she came across the W.O.L.F. newsletter. A voice, she truly believed was her son, told her to open it. She listened to the voice, and to her amazement there on the front page was a photo of Spirit. Tears came to her eyes. She believed her son had directed her to find Spirit in order to help her heal.

Kari entered Spirit’s enclosure and called out to the wolf that she hadn’t seen for six months. She laughed and cried as Spirit gave her kisses and rolled on the ground full of joy. Kari visited Spirit often at the Sanctuary where he lived with his companion, Cheyenne. It was always a joy to watch the interaction between Sprit and Kari.

One day after more than seven years at the Sanctuary, two volunteers found Spirit dead in his enclosure. He had left sometime during the night. Spirit was only eight years old, and we all felt that he had gone too soon. A necropsy performed at Colorado State University revealed that Spirit had a genetic defect. His kidneys were only one third the size they should have been. Short of placing him on dialysis and a kidney transplant list, there was nothing that could have been done for him. In fact, the doctor felt we were lucky to have had him share his life with us for as long as he did.