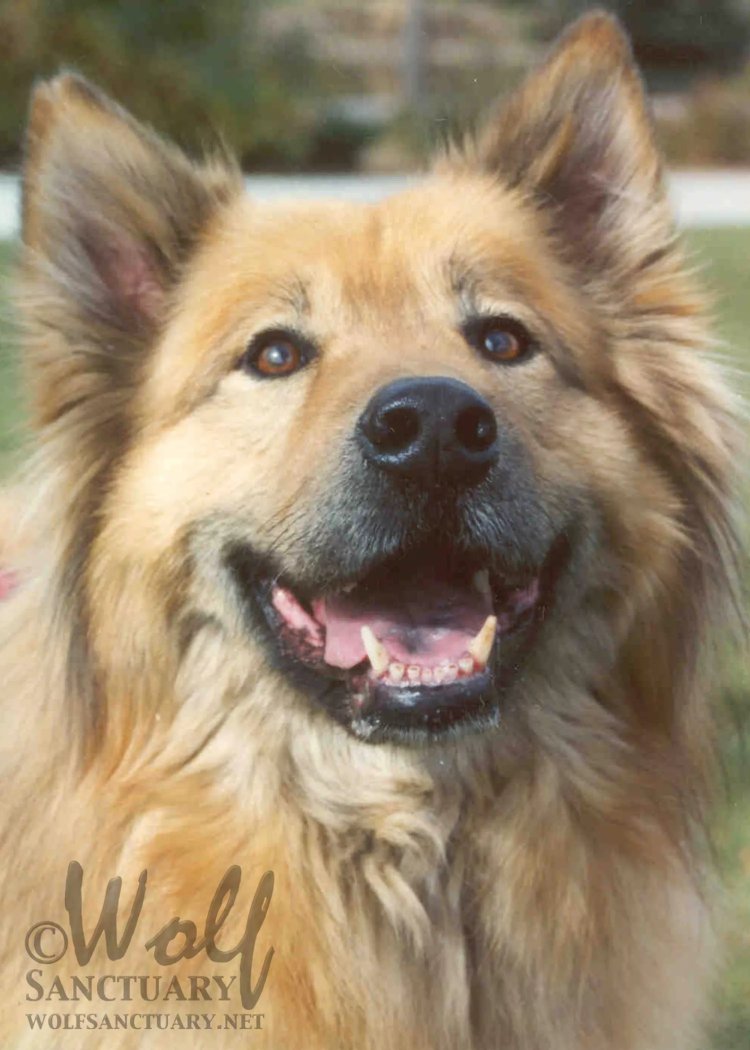 Female
Born: December 1993
Rescued From: Colorado
Given Sanctuary: April 1994
Returned to Spirit: April 20, 2004
Shaka was the first animal adopted by the Wendlands, and because of her there is a W.O.L.F. today. Friends of the co-founders of W.O.L.F., Frank and Pat Wendland, owned Shaka. The Wendlands received a phone call from these friends saying that they had purchased a wolf-dog puppy and were having a very difficult time training her. Also, they believed she was going to grow up to be a biter. Would the Wendlands come and meet her and possibly adopt her so she would not have to be euthanized? Shaka was approximately three months old at the time. Frank and Pat agreed to meet Shaka. That was in early 1994.

After adopting Shaka, the Wendlands realized that she was not like the other dogs they had lived with. So began a long educational process for the Wendlands. They proceeded by reading anything they could find on wolves and wolf dog behavior. They watched videos and visited with people who had been involved with wolf dogs. During this period they even talked with breeders of these animals. What they learned shocked them. Thousands of these animals were being destroyed and there were laws prohibiting ownership of them in some areas of the country.

Shaka’s temperament and extreme social nature were what had gotten her into trouble with her original owners. She loved to be with people and did a typical wolf greeting when encountering individuals. We called this greeting the “lick, lick, bite”. After being away from Shaka at work all day, her greeting to her human caretakers was one of puppy exuberance combined with a wolf greeting. (It is important to remember that canines use their mouths the way that humans use their hands. Therefore, her real intentions were not to hurt or bite anyone, but to give hugs and kisses).

Shaka passed away from Gastric Adenocarcinoma, a form of stomach cancer, on April 20, 2004. People and animals that loved her surrounded Shaka. She was eleven years young.