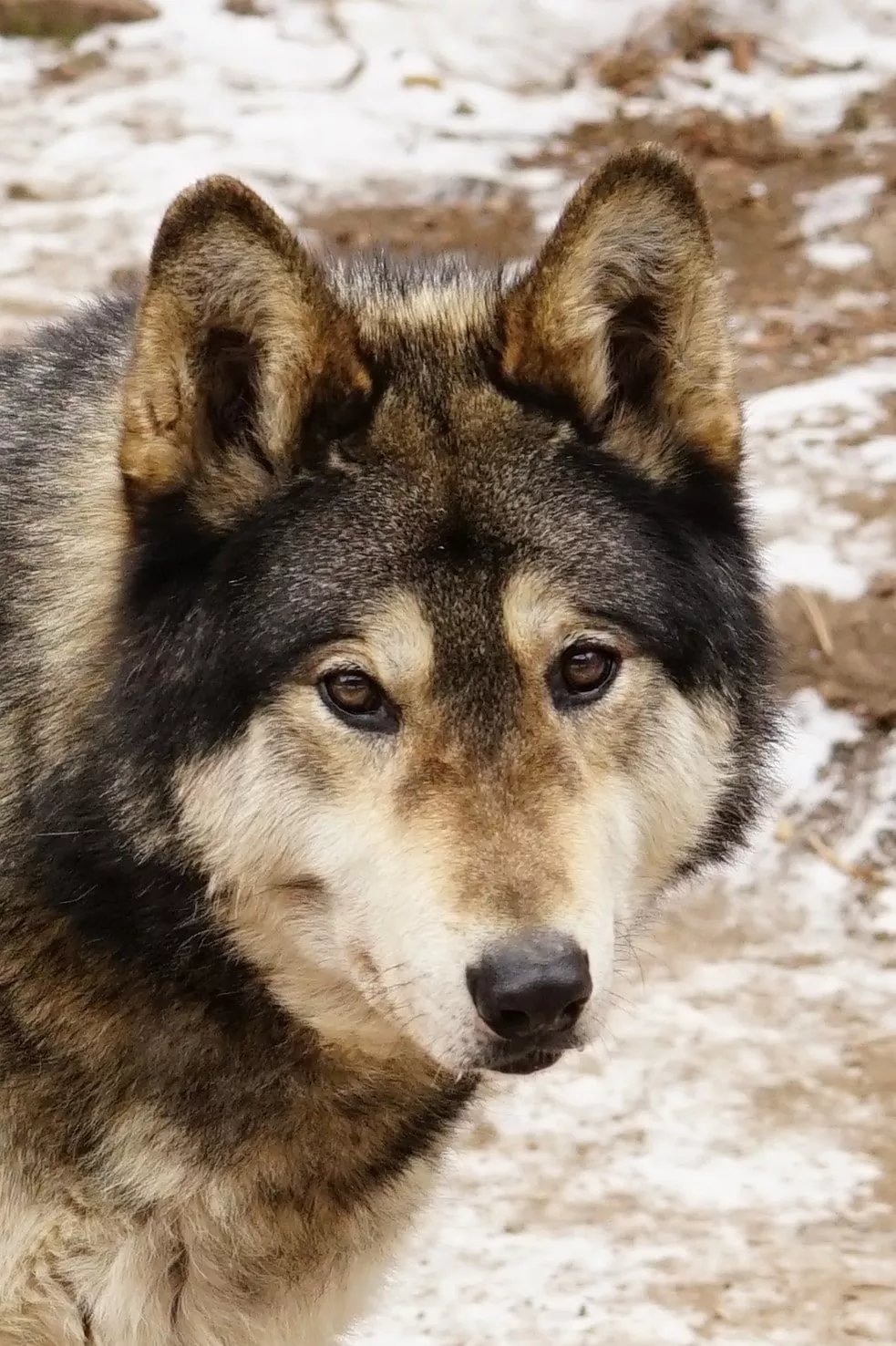 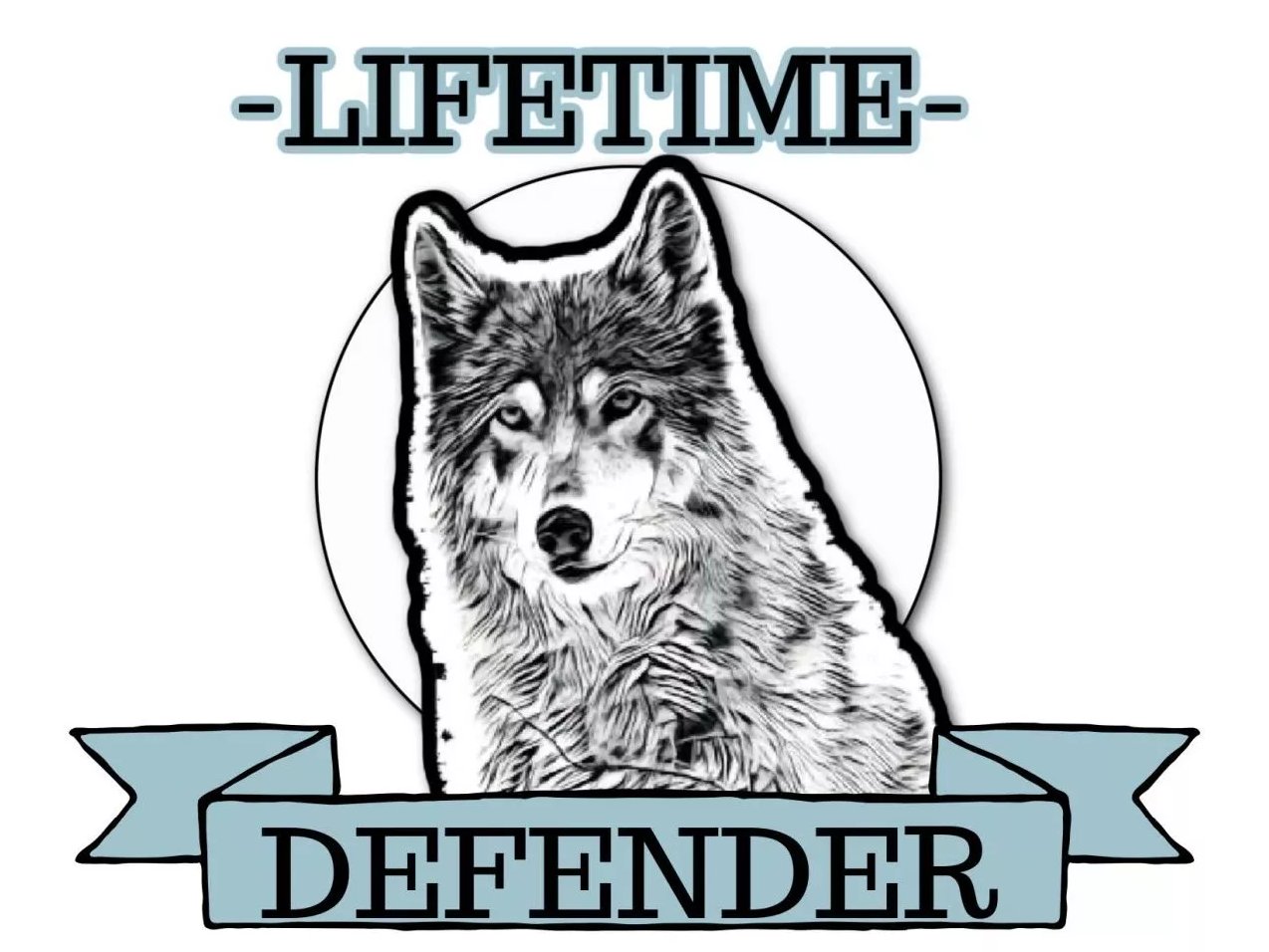 Sasha was originally rescued as a companion animal for another wolf dog in Oklahoma. When neighbors started complaining about noise, her owner was forced to find a new location for the animals. A friend had some land twenty miles away, and an enclosure was set up there for Sasha and her companion. When she was a year old, Sasha began to grow into her alpha personality, challenging her companion for the dominant position in the pack, and her owner responded to the situation by separating the two animals. As the years passed, the owner spent less and less time with the animals, depriving Sasha of sufficient food and companionship. A friend encouraged the owner to surrender Sasha to a sanctuary facility, and W.O.L.F. was contacted.

Sasha arrived at the Sanctuary on July 30th, and the next morning she was introduced to Webster, who was in need of a new companion. Webster was excited to welcome his new friend and came in close to meet her. Sasha was overwhelmed by his attention and pinned him to the ground. Staff immediately intervened, but the tension lingered. After three more encounters and three more attacks, it was apparent that a new plan was needed.

Who doesn’t love a puppy? Finding a pup that Sasha could mother and nurture seemed to be the best solution. W.O.L.F. located a six-month-old male wolf dog named Pax in Wisconsin who was in need of placement. Pax immediately set about harassing Sasha with the enthusiasm only a puppy can muster. At first, Sasha was confused by Pax’s obsessive attention and unsure of how to respond. Slowly she began to let down her guard, and soon they were wrestling and chasing each other. As Pax grew into his teenage years, Sasha was required to assert her authority over him. Eventually, there came a day when Pax challenged Sasha for dominance. Sasha would not have it, and fights ensued. They became progressively more serious, and it was necessary for staff to separate the two in a time-out. When they were reunited, the fighting escalated quickly. Staff made the sad decision to separate the two wolf dogs permanently and to begin the search for a new companion for each of them.

W.O.L.F. heard about Jacob in New Jersey, who seemed to have the type of personality that would be a good match for Sasha. Jacob and Sasha met for the first time under the watchful eyes of W.O.L.F. staff. Sasha was standoffish, and Jacob was calm and reserved. The two had several small skirmishes, but these eventually subsided. Sasha was used to the inappropriate antics of Pax, and she was anticipating the same behaviors from Jacob. However, Jacob’s manners were impeccable, and he was able to show the proper amount of respect and devotion that Sasha seemed to crave. With a few minor exceptions, Jacob was the perfect companion.

Sasha was one of W.O.L.F.’s ambassador animals, helping educate the public about wolves and wolf dogs. While Sasha enjoyed her work as an ambassador, she eventually retired, preferring to spend her days in her habitat with Jacob and the human caretakers who came by regularly to dote on them. Jacob and Sasha were a stunningly beautiful couple who adored each other. However, as Sasha aged, she began experiencing weakening mobility in her back end. Over time, Jacob’s massive size and joyful energy became too much for Sasha to handle. Staff became concerned that Jacob might unintentionally harm her. They made the sad decision to separate them, though they still visited each other across the fence. Sasha got lots of human interaction and seemed content with the life of a bachelorette.

During the months that followed, Sasha continued to weaken. As she began to experience difficulty in rising to her feet and walking, her caretakers closely monitored her quality of like. Sasha maintained her bright attitude and enjoyed receiving attention and anything edible from her caretakers. Her enthusiastic engagement with life made it ever more saddening when her physical condition deteriorated to a point at which she could no longer live peacefully, and staff came to a decision to help her pass. With many of her beloved caretakers at her side and lots of treats in her stomach, Sasha passed away on May 12, 2021 at over fifteen years of age. At the moment when her spirit left her body, all of the Sanctuary’s residents broke into a long and mournful howl, acknowledging in their special way that she was no longer with us. Her many admirers mourn her loss but take comfort in knowing that she is no longer struggling within the confined of her aging body. She is free to display the attitude for which she was so well known and again prove herself to be the queen she has always been.