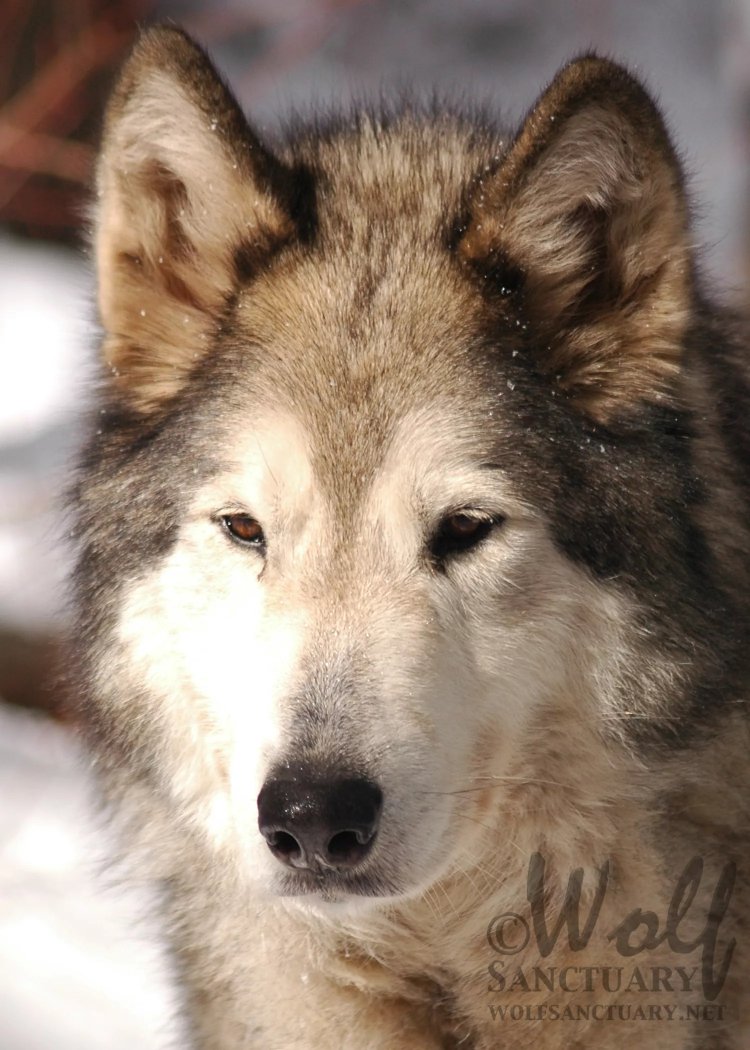 It was decided that Sami would be given sanctuary at W.O.L.F. Her attitude was very social and loving right from the beginning. Her exuberance was also very noticeable as she mauled her caretakers with kisses and hugs. It was decided that she would be put in with Kenai, a very shy high-percentage male wolf dog, who was having trouble adjusting to his new environment.

The pairing worked and Sami soon brought Kenai out of his shell and they were later introduced to another love maniac, Lakota Boy. Sami and Kenai mellowed some as they grew, but they were always ready to let Lakota Boy know when he was out of line. The three became best buds and were a joy to everyone fortunate enough to meet them.

In 2003, W.O.L.F. began taking Samantha and Lakota to our educational programs and public events as ambassador animals. Samantha and Lakota were excited to meet and get attention from all the new people. They helped spread the mission of W.O.L.F. to many people over the years.

Unfortunately, Kenai passed away in December of 2008. Sami and Lakota adjusted well and remained very social with people. After a time, Samantha began having a few health issues and slowing down, but although she was examined by vets, all the testing came back normal. The problems steadily increased until one day she was lethargic and not eating.

When a staff member went to examine her and get blood and urine for testing, he saw immediately that there were major problems. Sami was showing signs of jaundice. The blood was rushed for testing and came back showing severe liver failure. The vets were consulted, and both diagnosed chronic liver failure, which was probably causing all the problems we had noticed over the last few months.

The vets agreed there was no way to get Sami through this. Sami stayed with us for another day before she was no longer able to walk, and the vet was called to help her on her journey. We went out to ask Sami if she was ready to see Kenai. She got up and laid down in the same spot where Kenai had been euthanized. Her passing was very peaceful.