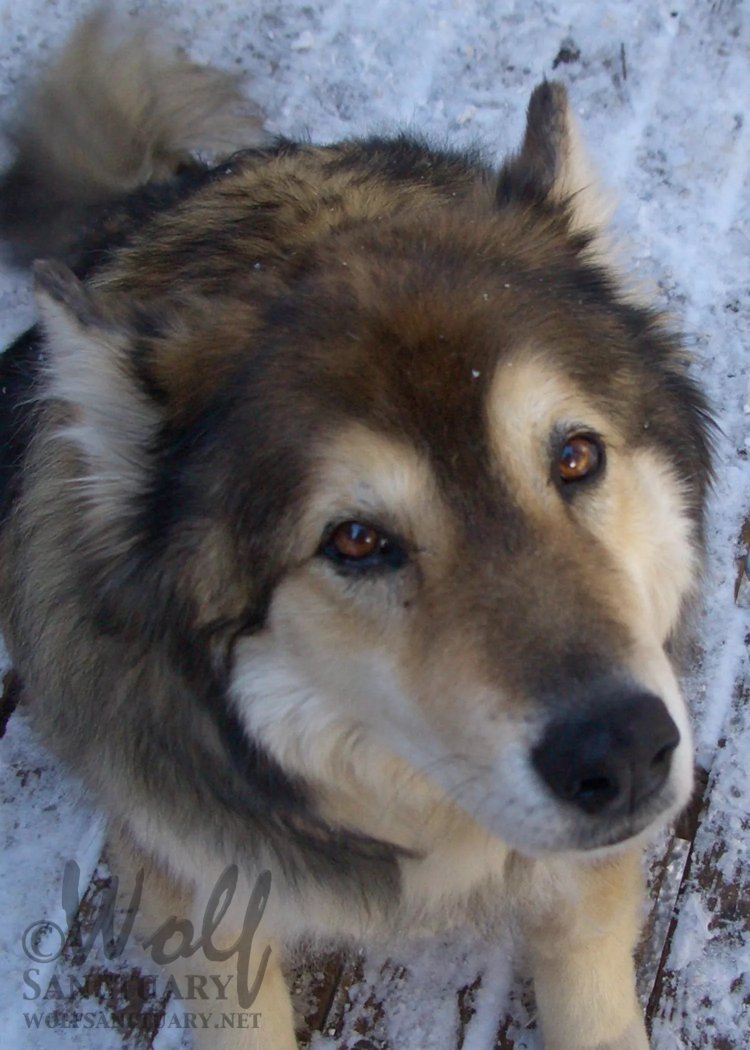 Female
Born: February 16, 1995
Rescued From: Colorado
Given Sanctuary: March 1, 1995
Returned to Spirit: November 14, 2008
Rami was one of nine siblings that came to W.O.L.F. at two weeks of age. The sanctuary received a phone call from a terribly distraught individual who was trying to find a home for nine puppies and their mom. The family who owned them was being forced to move and could not find another home that would allow animals. They had contacted the humane society and been told that all wolf dogs that are surrendered by their owners are automatically eutha­nized. The individual that the owner spoke to at the humane society suggested that she call us. We accepted the pups and watched them closely as they grew and developed their own personalities to determine whether they could be adopted out to families. We ended up placing five of the puppies and keeping the other four.

Rami was one of the sweetest animals at the Sanctuary, always looking to any human for attention. She was also one of the most alpha females, willing to initiate an attack against another female in order to prove her position. These dichotomies are exactly the reason that a lot of wolf dogs get themselves into trouble, even if they are fairly low percentage wolf. An alpha male, Sasha, adopted the pups and became their patient yet insistent instructor. Watching them imitate his behavior and get reprimanded when they were out of line was amazing. Encouraging them to fight back by pushing them down a snow bank was hilarious. Their biological mom and their adopted dad switched off responsibility and showed the patience that most humans only dream about.

Rami and one of her sisters, Chocolate Face, began to team up and attack other members of their pack, and we were forced to separate them into their own enclosure. In 2006, we accepted a four-month-old puppy named Isabeau into the pack. Isabeau quickly became too much for the older ladies to handle, and she was placed with another pack. After Chocolate Face passed away, Rami became the last member of her pack. She was spoiled, going on daily walks, and getting lots of extra goodies and attention. We thought this would be hard on her, but Rami seemed to enjoy the company of humans more than animals.

Rami began having neurological issues very suddenly. The symptoms worsened every day. She had trouble walking, then balancing, then getting up, and seemed confused. Our vet diagnosed a brain tumor. Steroids were started to give her some more good days, but they did not help, and one day Rami could not get up at all. We helped Rami pass less than a week after she became ill.