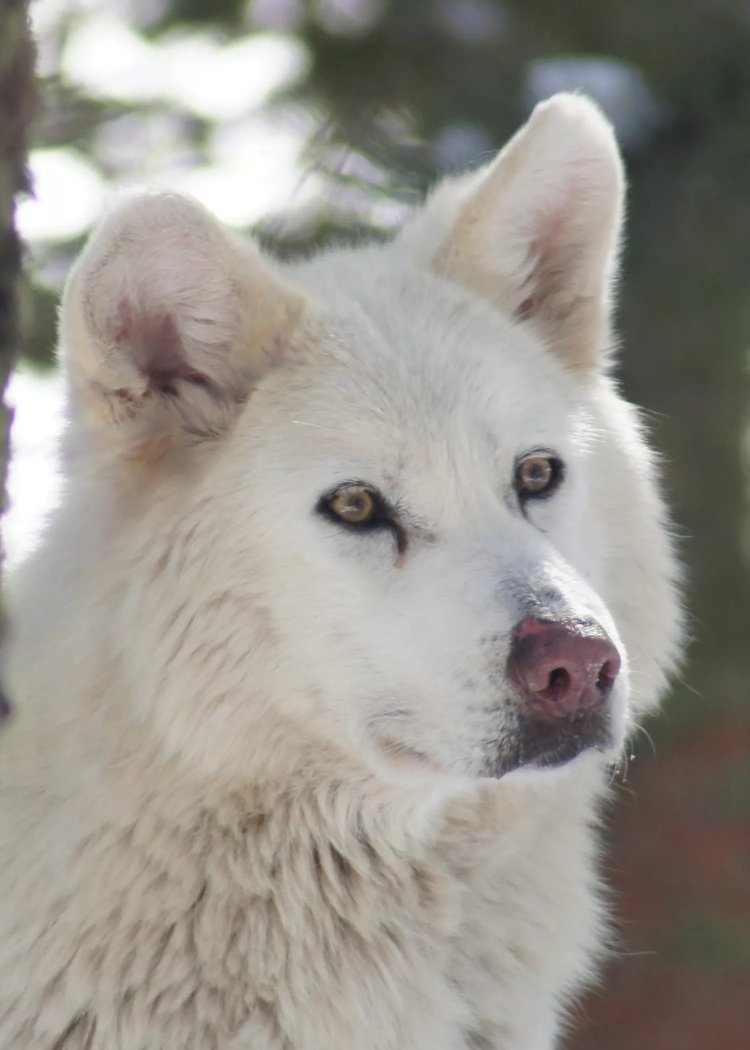 In May of 2006 the owner of a backyard breeding operation in rural Wisconsin died, leaving twenty-two wolf-dogs living on chains in horrendous conditions. The owner had been ill for several weeks until she was found, near death, by a friend. During the owner’s illness, water for the animals had run out, there was no food, and the animals’ condition had deteriorated drastically. The small Wisconsin town closest to the operation was ill-equipped to handle the rescue of so many animals, so the Animal Humane Society in a neighboring town in Minnesota stepped in to help the wolf-dogs.

W.O.L.F. received a call from the AHS asking if we could take the wolf-dogs, and after dehydration and starvation only eighteen animals were alive to begin the rescue, we call Wide Awake. The animals arrived jammed in a horse trailer so tightly they could not even receive water. Shocked at their conditions, W.O.L.F. volunteers immediately unloaded the animals and placed them in newly-built enclosures at their temporary home at Wide Awake.

Pride was initially placed with a male named Jack who passed away shortly after their rescue due to a severe heart worm infection. Because there were more females than males in the rescue (two females together very rarely get along), Pride spent over a year by herself. She seemed to do all right alone but was timid and fearful around her caretakers. In 2008 space opened up and she was brought in as a companion for Kai.

Kai was just what Pride needed, and while she was with him, Pride was at her most social and would often come up to the fence for treats and even let a few lucky volunteers scratch her nose. However, after Kai passed, Pride was placed with Lance (who was very reclusive) and she withdrew from interacting with her caretakers. While she was with Lance, Pride preferred to keep her distance, only approaching close enough to grab a treat tossed to her and no closer.

In September of 2015, Pride was diagnosed with an aggressive form of bone cancer and had to have her rear left leg amputated. We were concerned about preforming such an invasive surgery on a 15-year-old individual, but Pride did wonderfully and recovered quickly. When Lance passed away, Pride was once again looking for a companion.

This time she was placed with another older male named Sigmund, and Pride seemed to slowly start coming out of her shell again. She would often approach when Sigmund would interact with his caretakers and watch curiously, sometimes even approaching close enough for a quick sniff.

Unfortunately the form of cancer Pride had was very likely to spread, and in late November it had become clear that Pride was struggling. Though she was mentally clear, eating well and taking her meds, she was having difficulty moving around. When she was brought into the vet for a check-up in early December, it was discovered that while there was no further evidence of bone cancer, it had spread to her lungs, making her tired and have difficulty breathing. Faced with these facts, staff and veterinarians agreed that is was time to help Pride pass. Though her body aged, her spirit remained young and now runs freely once again.