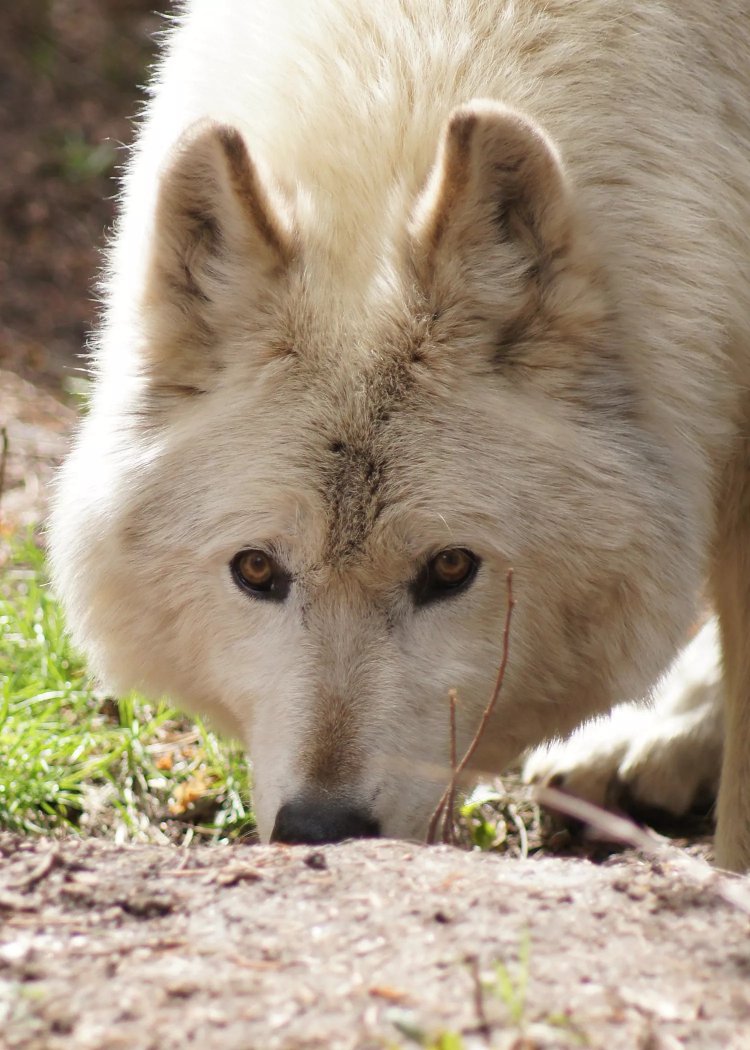 Male
Born: April 15, 1999
Rescued From: New Mexico
Given Sanctuary: June 27, 1999
Returned to Spirit: March 12, 2015
Peter was the first animal at W.O.L.F. to come with a name that we decided to change. We generally accept the names that the animals have been accustomed to their whole lives. In this case, however, Peter did not respond to his name, and we just couldn’t make him keep it the rest of his life. It was Oingo Boingo.

Peter came to the Sanctuary when he was two years old. He arrived with his mother, Chana, and their owner. Peter and Chana were the two surviving members of a pack of three. After their companion animal was wolf-napped and killed, Peter’s owner started receiving death threats against the two remaining animals and feared for their lives.

Under cover of darkness, Peter, along with Chana, were taken from their home. When Peter and Chana arrived at W.O.L.F., they were terrified and confused. Peter charged the fencing of the isolation enclosure twice, throwing his entire weight into his panicked attempt to escape. He was comforted by his owner and soon began to settle down.

Peter and Chana quickly adjusted to their new surroundings. Chana, being much older than Peter, did not enjoy the exuberant play that Peter did. We decided to give Peter a companion closer to his own age. Bacchus appeared to be the logical choice. He was a young male with a lot of energy. We handled the new introductions very carefully with each animal on a leash so that we would have some control over the situation. As usual, the animals totally surprised us. Chana could have cared less about the new individual, Peter became aggressive and protective of his mother, and Bacchus rolled over on his back doing anything he could to get Peter to like him.

After a few tense moments, Peter began to settle in and the bonding began. Although Bacchus was one of the heaviest animals at W.O.L.F. at 160 lbs., and outweighed Peter by about 35 lbs, there was no doubt that Peter was the boss. Bacchus accepted the situation and enjoyed playing with Peter and from time to time with Chana.

Peter was very social with humans and enjoyed scent rubbing on them and receiving their attention and scratching. He remained very protective of his mother but his overall personality was that of a big, goofy puppy that enjoyed just about everything that went on in his life.

When Peter became ill, all the cards were stacked against him. He had Cushing’s Disease, the same illness that his mom had died from. Then he developed diabetes, and on top of this, he was hypothyroid. Suddenly, in one day’s time, Peter lost the use of his rear legs and could not get up. We did exercises, even going so far as building a mobile sling to help him move, but it did not help.

We called the vet, and when she arrived we all said our goodbyes to a sweet and gentle creature. We held him as he left his body to join his mother and friends that had left before him.