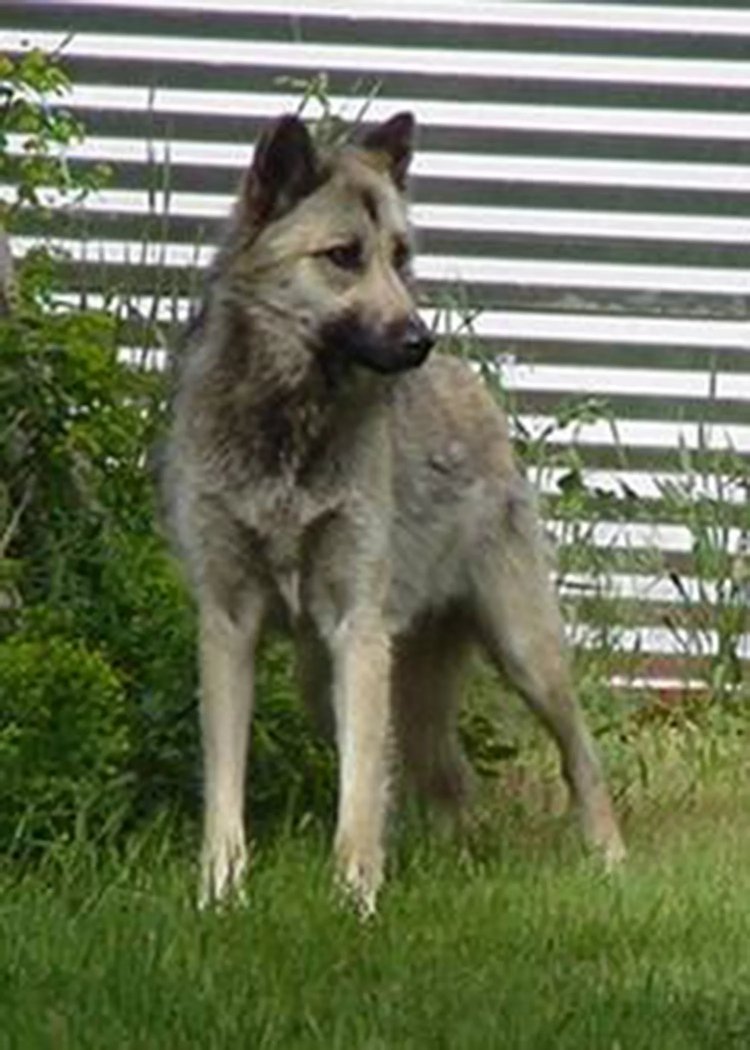 In October of 2002 Tonka, Noel, and Ozark (but always called Ozzie), names bestowed upon them during the trip to Colorado by the W.O.L.F. rescue mission leader, arrive at their new foster home. Their background was fragmented. Apparently some genius had decided to populate the Ozarks with wolves and had begun a breeding operation in his backyard. He then abruptly departed, leaving his girlfriend with no money, no explanation, and fifteen wolf dogs. She had neither the means nor the aptitude to care for them.

The jilted girlfriend, well intentioned at least, had called the local Humane Society for help, unaware that wolves and wolf dogs are considered unadoptable by Humane Societies nationwide, and therefore euthanized. Although the volunteer at the Humane Society searched nationwide for a life-saving solution, none was available. The girlfriend just wanted them gone so she called the Sheriff, who went out to the property and engaged in target practice. All dogs were shot except the ones the Sheriff couldn’t aim at fast enough. And so Ozzie, Tonka and Noel, watched all of their family members die by the Ozark County Sheriff’s gun.

He would have been back for them, but the Humane Society volunteer again intervened, asking him to please stop until placement could be found for the three survivors. This time W.O.L.F. had an empty enclosure available at a foster home. They were only 8 months old.

All he had witnessed and endured hit Ozzie the hardest. Because he was still intact and had heartworm, Ozzie had to be kept separated from Tonka and Noel until he became healthy. He paced endlessly, neurotically, around and around the front doghouse. When we entered he shook and tripped over his own feet to get as far away from us as possible. When he was finally able to rejoin his siblings it was a tremendous help emotionally and within two more weeks he stopped the regular pacing, though for several months he reverted to that behavior when strangers were present.

This pack loved to jump and play. “King or Queen of the Doghouse” was one of their favorite games; whoever stayed on the doghouse roof the longest and jumped on their siblings the most, won. Ozzie was…Ozzie. With his rough start behind him, he was a sweet, happy, boy, and the spokes dog of the pack. He had a lot to talk about, and he loved to talk about it all at top volume while bouncing. In the heat of summer he would stand under the sprinkler with stupendous smiles on his radiant face, or fish for ice in their large metal tub.

On April 20, 2004, it was time for general exams and vaccinations to be given. Unfortunately, this required all 3 of the animals to be darted. One of the vets and W.O.L.F. staff members went to the foster home for the procedures, as the cofounders were busy caring for a dying animal at the sanctuary. Noel and Tonka’s exams went off without a hitch. Ozzie was tough, and had to be darted twice before going down. This process took so long, once the exam was over and the reversal was given, the vet and staff member had to rush off to W.O.L.F. to euthanize another animal.

Ozzie was left in the capable hands of his foster parents, but he was not waking up from the drugs. The foster mom stayed next to Ozzie, keeping him comfortable and encouraging him to awake. But he never did. Shortly before midnight, Ozzie stopped breathing. He passed silently from this world to the next. W.O.L.F. was notified the next day, and the news was not easy to bear. We all miss Ozzie terribly, and know he has finally found the peace and dignity he deserves.