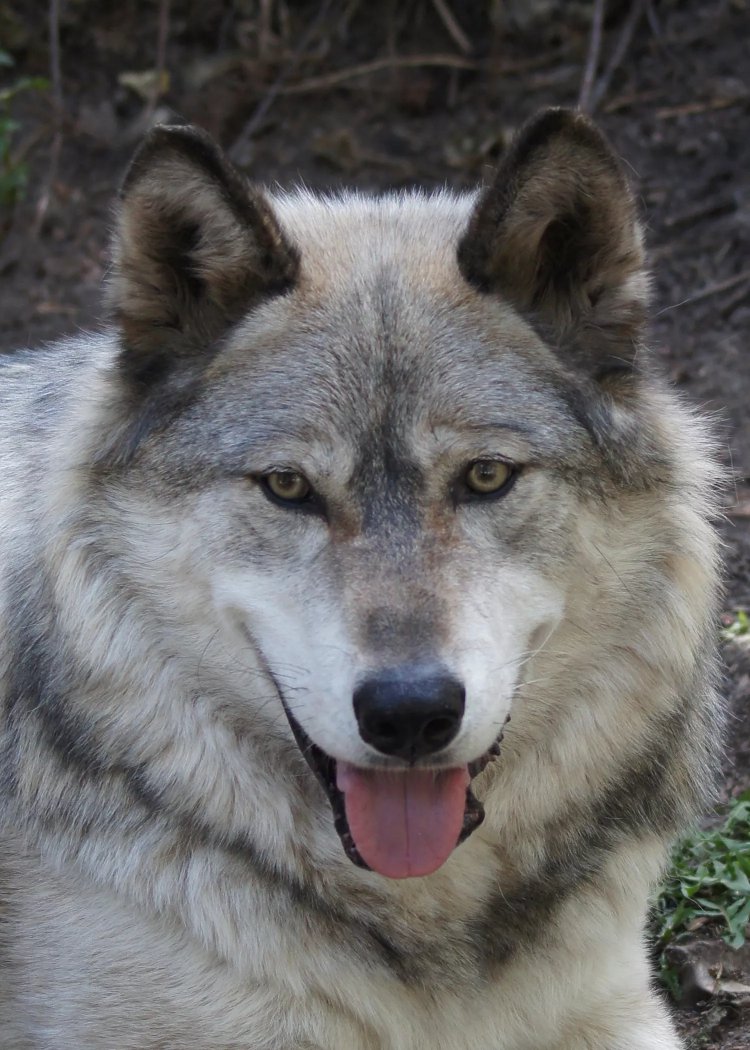 Odin was born in May of 2004 at Wolf Country USA RV Park, a roadside attraction located just outside of Anchorage. For a fee of $5 you could “visit the largest wolf pack in Alaska.” You could have your picture taken with any one of 31 adult wolves and wolf-dogs, each separated from the other by heavy eight foot chains. If you wanted, you could take home a wolf pup as a souvenir of your visit.

The private ownership of wolves and wolf-dogs without a special permit had been illegal in Alaska since 2002, but enforcement of the law had been difficult and time-consuming. It was not until July, 2011 that the Alaska State Prosecutor’s Office was able to issue an ultimatum to the owner/breeder of Wolf Country USA to either go to court or dispose of his animals. When the breeder agreed to surrender his 31 adult animals and 9 pups, he was given until January 1, 2011 to save them from euthanasia. The breeder agreed to surrender the pups to a local sanctuary in July, but he was unwilling to surrender the adults to most of the sanctuaries able to take them. Luckily, the Lockwood Animal Rescue Center in California managed to convince the breeder to release the animals to them. On December 10, the staff and volunteers from Lockwood ARC made their way to Alaska where they had all the wolves spayed and neutered before loading them into crates and bringing them to California to await permanent placement.

Odin, who is named for the king of the Norse gods, was one of four animals from Wolf Country USA who came to live at W.O.L.F. He adapted quickly to his new environment, and his quiet, calm presence was a positive influence on JJ, his new companion, who had been one of the high stress animals at W.O.L.F. JJ no longer spent long periods of time pacing at the top of her enclosure and even came to the fence with Odin to share treats. Odin enjoyed JJ’s company and could be seen running up and down the enclosure at her side. It was amazing to see how much the bond formed between Odin and JJ had healed them both.

During Odin’s evacuation due to the High Park Fire he incurred an injury from his Alaskan mate Loki. Part of his lip had been bitten off and needed roughly eight stitches. Once back home, he was more affectionate than ever both with his companion and caretakers. It is a true testament of his incredible nature and adaptability we learn from him with each encounter. Often Odin would approach and scent rub on his caretakers to lull them into a false sense of security before trying to sneak around behind for a quick nip. Odin also loved to be scratched and his favorite place was his inner thigh. He would startle new caretakers into thinking he was going to pee on them when he would walk up and lift one of his rear legs up into their laps.

Over the years, Odin developed numerous lumps and bumps along his body. Most of the masses were benign, fatty tumors. In May 2017, a few masses had become concerning enough that removal was recommended. Odin had surgery on June 6 to have the masses removed and biopsied. Because of unavoidable complications with the anesthesia, vets were concerned about the potential for pneumonia. Odin was given a number of antibiotics before going back to the Sanctuary where staff monitored him closely. He showed no signs of difficulty breathing until the morning of June 8. Fearing pneumonia had developed, Odin was loaded up to go back to the vet hospital. On the road to the emergency clinic, Odin passed away.

Stunned by his unexpected passing, W.O.L.F. ordered a necropsy to find out why Odin died so suddenly. The results showed that Odin had not passed away because of the complications under anesthesia but instead because of a ruptured esophagus. This condition is often the result of chronic GI issues. Since Odin had exhibited no symptoms at all, there was no way to predict that something like this would happen. When the rupture occurs, there is very little chance that an animal can survive, even with immediate medical care.

We are all devastated by Odin’s passing but we are comforted knowing that Odin was happy and active right until the end. We are honored to have been able to know and love this wonderful wolf. Odin had just turned 13 years of age.