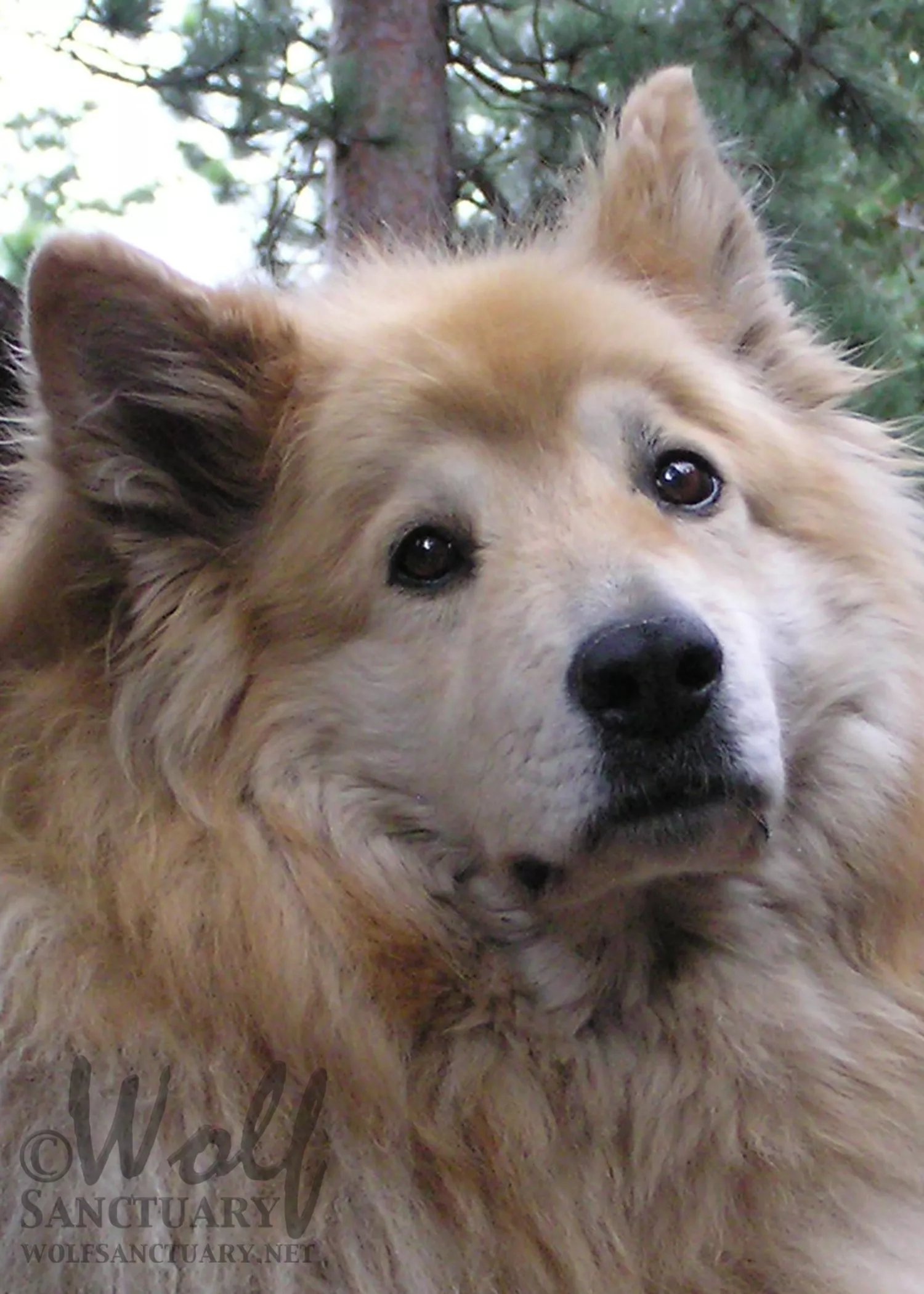 Male
Born: February 16, 1995
Rescued From: Colorado
Given Sanctuary: March 1, 1995
Returned to Spirit: September 19, 2005
Nika was one of nine siblings that came to W.O.L.F. at two weeks of age. The Sanctuary had received a phone call from a terribly distraught individual who was trying to find a home for nine puppies and their mom. The family who owned them was being forced to move and could not find another home that would allow animals.

They had contacted the humane society and been told that all wolf dogs that are surrendered by their owners are automatically euthanized. The individual that the owner had spoken to at the humane society suggested that she call us. We accepted the pups and watched them closely as they grew and developed their own personalities to determine whether they could be adopted out to families. We ended up placing five of the puppies and keeping the other four.

When the pups arrived we needed to call them something to distinguish which pup we were talking about. Nika was a very active pup. Even before his eyes were open, he would grab his litter-mates by the scruff and shake them vigorously. One of our volunteers told us that Nika Shaga meant killer in Osage. That seemed the perfect name, and from that day on he was known as Nika. In actuality, Nika grew up to be a gentle, giant, fuzz ball, often referred to as the Lion Puppy because of his fur mane.

Nika had a very important job in his pack. He was the Guardian of the Meat. It was his job to protect the meat from any interlopers, be they furry or feathered. This ensured that his pack would have enough to eat.

One day, Nika exhibited signs of illness and after a visit with our vet he was diagnosed with prostate cancer, which had metastasized to the lymph system and spine. We were told that there was nothing that could be done except to take him home and keep him comfortable. The disease progressed quickly, and he began losing control of his back end. It was more and more difficult for him to get up or defecate. Nika seemed to realize that he needed a more liquid diet and began licking just the juices from his food. We took the hint and began boiling his chicken and running it through the blender. Mixing the juice and the puree was ideal. He loved it.

Nika stayed with us another four weeks. During that time, he taught one of his sisters, Rami, how to guard the meat. Rami, and Chocolate, another one of his sisters, started to sleep next to him and take turns being with him. Finally, one month after his sister, Sequoia, had passed away, Nika was assisted to pass as well.