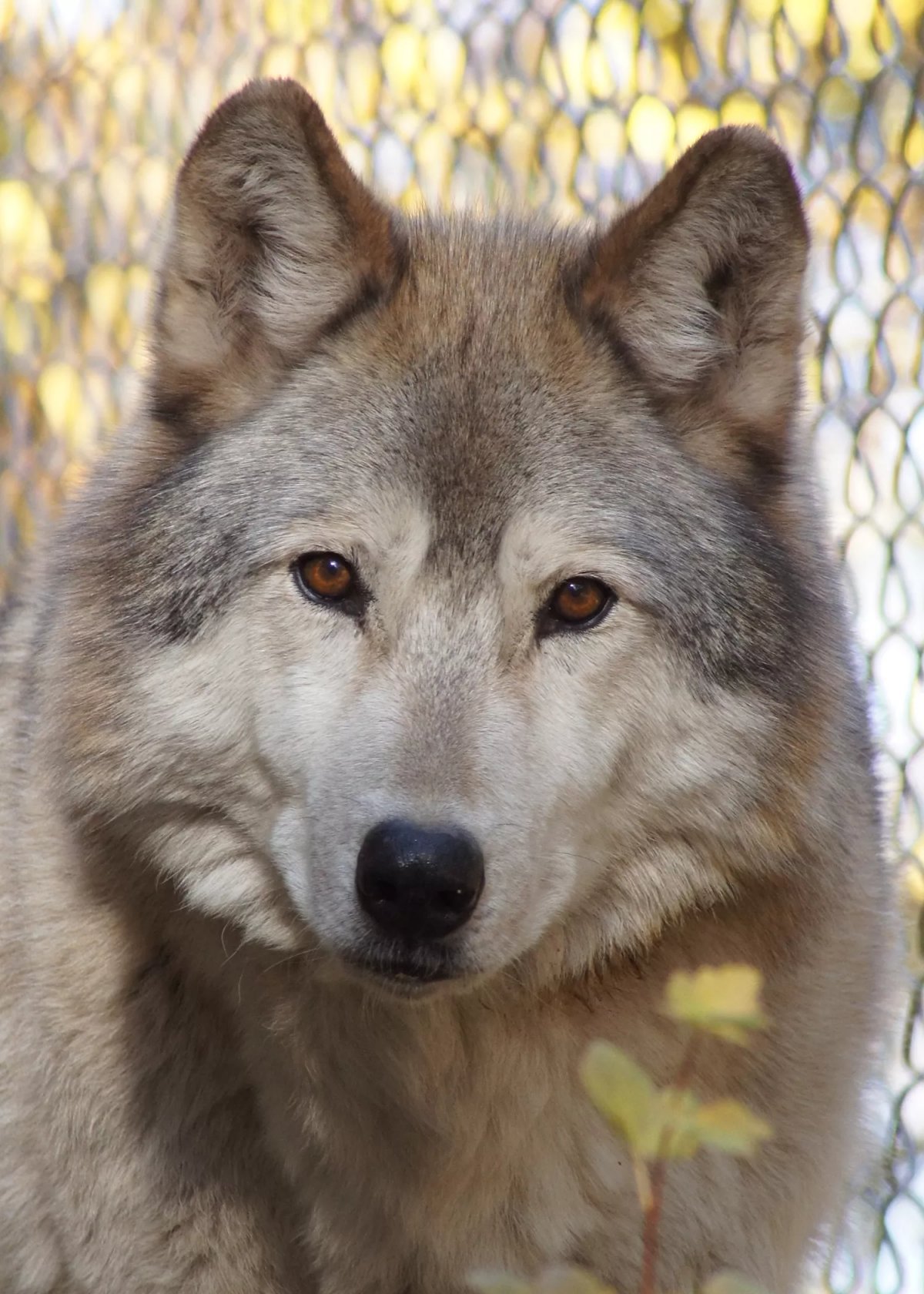 Makoce was one of five pups confiscated from a breeder and given temporary sanctuary by Candy Kitchen Rescue Ranch in New Mexico. When received at the rescue facility, at four to six weeks of age, all five pups were close to death. As staff began to treat the pups, they began dropping over – it turned out that they were all infested with worms and suffering from extreme malnutrition. Following treatment for the infestation, the pups improved dramatically and began to show their wild side. By the end of June, three of the pups, Makoce, Tate, and Peta, were doing well enough to be moved to W.O.L.F. (Makoce, Tate, and Peta are Lakotah names meaning Earth, Wind, and Fire respectively.)

The staff at W.O.L.F. knew that it was important to introduce the pups to a surrogate mother as soon as possible, and they were placed in an enclosure with Whisper upon their arrival. Within twenty minutes, Whisper was regurgitating food for her new litter, thus supplying the pups with essential stomach enzymes critical to their healthy development. The pups remained with Whisper until Makoce matured into an adult in early 2002 and began to challenge Whisper for dominance. Although it became necessary to remove Whisper from the enclosure to avoid injuries, she remained in an adjacent enclosure, close to her surrogate pups, until her death in 2010.

The threesome, known as The New Mex Pack, lived happily together for many years until 2015. In January, Tate passed away during the night from cardiac arrest due to a heart tumor. Makoce and Peta seemed to draw closer together as they grieved for their brother. In March of that same year Peta was diagnosed with a very fast growing jaw cancer that had eaten away half of his mouth. W.O.L.F. helped him to pass peacefully. Makoce, who was always the leader of the trio was now alone for the first time in her life. She chose to stay at the top of her mountain home where she had lived with her brothers for over 15 years.

As the, months progressed, Makoce grew more frail from arthritis, and the huge enclosure was no longer easy for her to navigate. W.O.L.F. made the decision to move her to a smaller enclosure without such a steep climb to the top. Her new companion was another senior named Tonka who had recently lost his two female companions. Both Makoce and Tonka have survived the loss of beloved companions, and now they are spending their senior years together. They can no longer run or play with abandon, but they enjoy their meals and basking in the sun.

As she grew older, she began to develop severe arthritis in her hips and spine. Makoce was a fighter and refused to let it slow her down and she regularly refused her pain medications. In late 2016, Makoce started receiving regular injections of stem cells to help reduce the inflammation caused by her arthritis. To the delight of her caretakers, the old wolf was still one of the most challenging individuals to catch up, and she never failed to awe staff with her fiery spirit.

In early July, Makoce got stuck in a shallow hole in her enclosure. When her caretakers helped her up, she was struggling to walk on her own and showed a reduced interest in food. Mentally, however, she was not ready to join her brothers across the Rainbow Bridge, but it was obvious that her body was failing. Her vet decided to give her injectable pain medications in the hope that with several days of pain-free rest, her body would recover as her spirit obviously wanted. Unfortunately, her body never did, and on July 5, W.O.L.F. made the heartbreaking decision to help her pass.

Though Makoce was a fighter to the end, her passing was peaceful. We are grateful for 18 wonderful years of loving and caring for this amazing wolf.