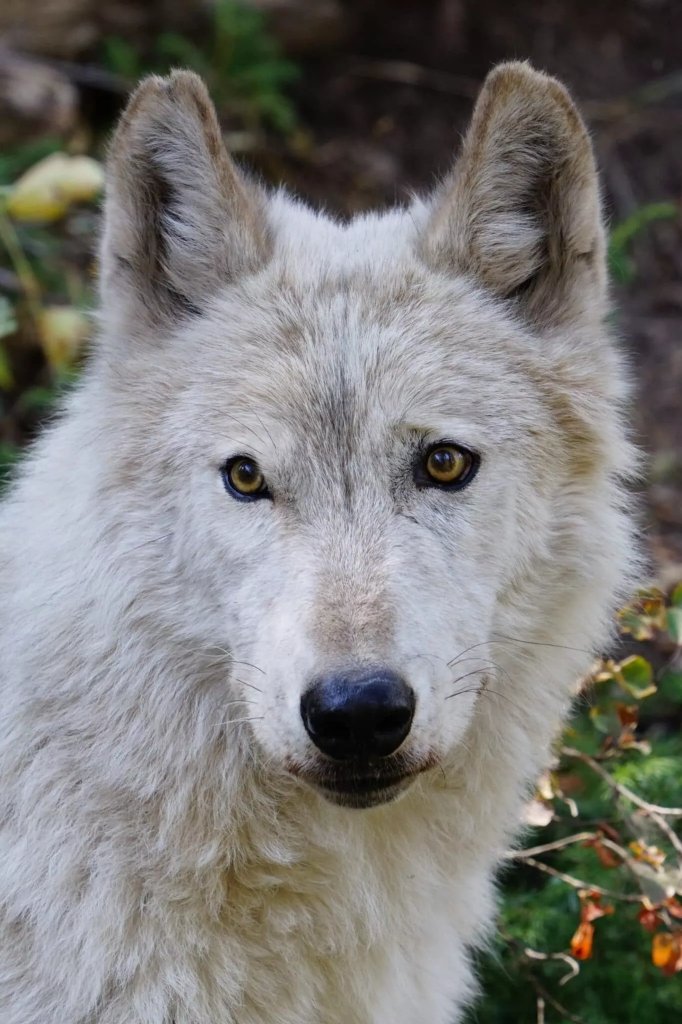 Loki was born in May of 2010 at Wolf Country USA RV Park, a roadside attraction located just outside of Anchorage. For a fee of $5, you could “Visit the largest wolf pack in Alaska.” You could have your picture taken with any one of thirty-one adult wolves and wolf-dogs, each separated from the other by heavy eight-foot chains. If you wanted, you could take home a wolf pup as a souvenir of your visit.

The private ownership of wolves and wolf-dogs without a special permit had been illegal in Alaska since 2002, but enforcement of the law had been difficult and time-consuming. It was not until July 2011 that the Alaska State Prosecutor’s Office was able to issue an ultimatum to the owner/breeder of Wolf Country USA either to go to court or to dispose of his animals. When the breeder agreed to surrender his thirty-one adult animals and nine pups, he was given until January 1, 2012 to save them from euthanasia. The breeder agreed to surrender the pups to a local sanctuary in July, but he was unwilling to surrender the adults to most of the sanctuaries able to take them. Luckily, the Lockwood Animal Rescue Center in California managed to convince the breeder to release the animals to them. On December 10, the staff and volunteers from Lockwood ARC made their way to Alaska where they had all the wolves spayed and neutered before loading them into crates and bringing them to California to await permanent placement.

Loki, who was named for the Norse God of Mischief, was one of four animals from Wolf Country USA who came to live at W.O.L.F. Being only two years old and still full of puppy energy, Loki was amazing to watch, as he alternately jumped in the air as if equipped with springs on the bottom of his feet and raised his hackles defending his new territory. He loved getting treats and craved attention. His companion Frackette approached the fence with him, and when it wasn’t treat time, they could be seen romping throughout their enclosure. Frackette, who was nearly ten years older than Loki, began to have signs of failing health in 2016. During a vet visit on May 4, 2016, Frackette was diagnosed with abdominal cancer, and her time was very limited. The decision was made to help her pass peacefully and without any suffering or pain. Staff gave Loki the time he needed to grieve for his companion.

When the time was right, staff decided to place Zoey with Loki. She was a high content young wolf dog who had great energy and a love of play. The staff was nervous about the first meeting, but it went beautifully. The two wolves were soon great companions. They played incessantly and raced up and down the mountain in their huge enclosure. They were always seen together, waiting to race along the front fence with any staff or volunteers who happened by. Loki and Zoey were perfectly suited to one another.

Even as he aged, Loki showed no signs of slowing down, still jumping up and down excitedly for treats and maintaining his demanding personality. This made it evermore surprising to find him lethargic and uninterested in food midday on January 26, 2021. Immediately concerned, staff rushed Loki to our veterinarian for immediate assessment. Soon after the veterinary team got him fully sedated, Loki stopped breathing. While our veterinarian performed CPR, imaging indicated that Loki had a significant amount of fluid around his heart, which most likely indicated that he had had a hemangiosarcoma that had ruptured. With that devastating news, staff made the decision to help him pass. His passing was so rapid that we continue to be shaken by the gaping hole that his passing has left in our hearts. Zoey joins us in grieving his loss, as they were one of the most tightly bonded couples at the Sanctuary. We take comfort in knowing that he has rejoined his first companion Frackette and is continuing to get into bountiful mischief with her over the Rainbow Bridge.