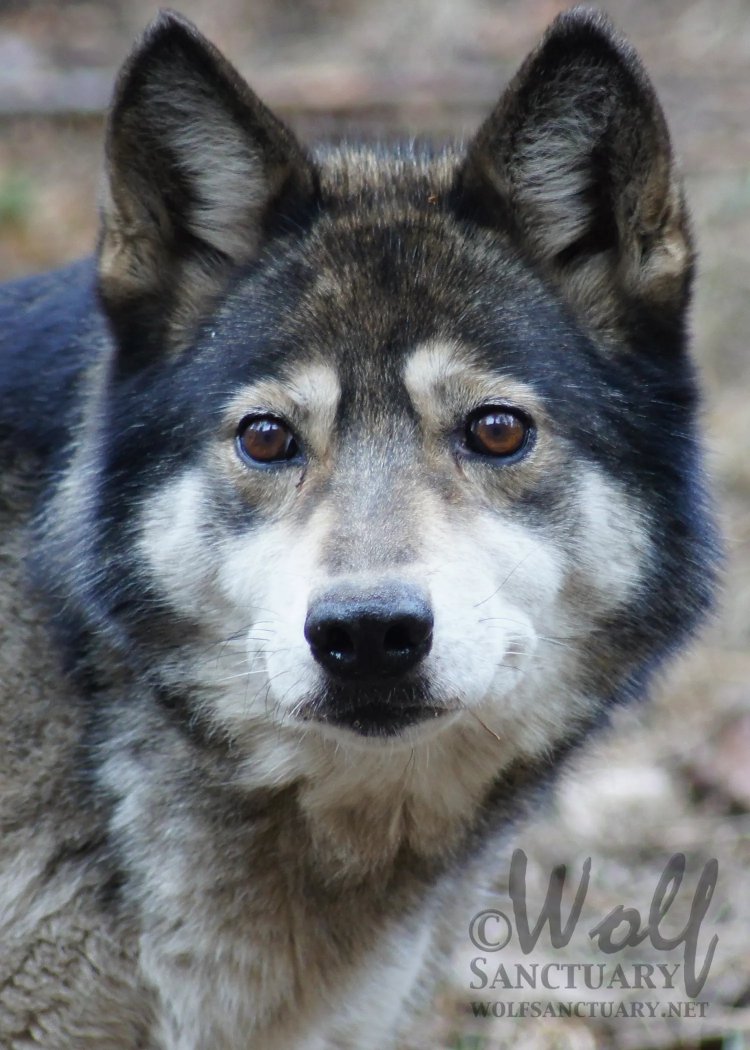 Female
Born: 10-October 10, 1995
Rescued From: Wisconsin
Given Sanctuary: June 1, 2006
Returned to Spirit: December 29, 2012
Lena was one of eighteen wolf dogs rescued in 2006 from a horrendous backyard breeding operation in Wisconsin. The owner of the operation had become seriously ill, leaving the animals living on chains with no food or water. W.O.L.F. received a call from the Humane Society asking if we could take the animals, and the Wide Awake Rescue began. Unfortunately, even the rescue would turn out to be a horrible experience for the animals. We had been told that they would be transported in an air-conditioned trailer and that a vet tech would accompany them in the event of an emergency. Instead, the animals were packed into a horse trailer so tightly that not even water could be given to them.

Furious about the way these animals had been treated on their trip, W.O.L.F. volunteers immediately started to unload them and place them safely in their new homes. They would never have to worry about food, water, or being on a chain again. Unfortunately, there were three more females than males in the group, and Lena was initially left without a companion animal. Thankfully, she did well by herself, eating all the meat she could and becoming physically healthier by the day. She remained fearful of humans, pacing whenever they entered her enclosure. After one of the female animals passed away in February of 2007, a male named Boots was left alone. Boots was also fearful of humans, so we decided to try them together.

The pairing could not have worked out any better. Boots and Lena bonded very well, and the companionship helped both recover emotionally. Lena became very brave with her daily caretakers. If another animal was walked on a leash in front of her enclosure, Lena charged the fence and went into stalk mode. She let everyone know when a coyote was around by screaming her head off.

When the High Park Fire forced the wolves out of their homes in the summer of 2012, Lena and Boots shared an evacuation kennel. They cuddled up together in one dogloo, Boots on the outside, shielding Lena from her strange surroundings.

Lena was going on her seventh year at W.O.L.F. when she unexpectedly passed away on the night of December 29, 2012.