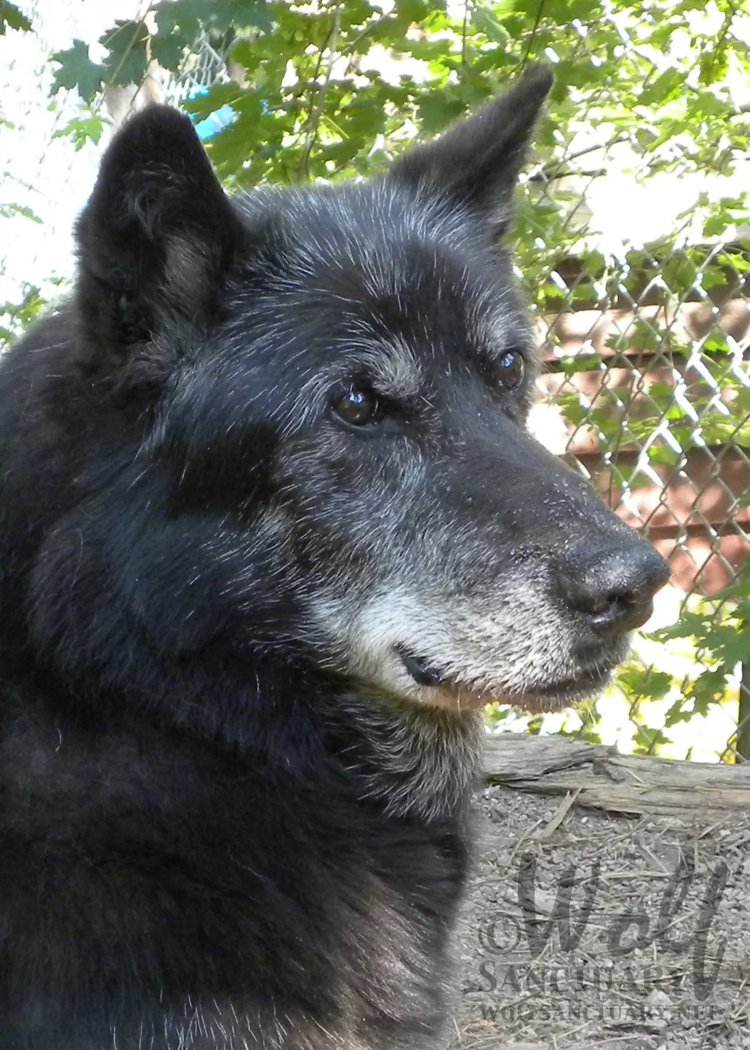 Male
Born: January 17, 1998
Rescued From: Oklahoma
Given Sanctuary: February 1, 1999
Returned to Spirit: May 9, 2011
Lakota, the escape artist, arrived at the sanctuary in February of 1999, when he was just over a year old. Prior to his arrival at W.O.L.F., Lakota had been living happily in someone’s backyard until he discovered a small vent into the crawl space of the home. Lakota bit and dug at the hole until he was able to squeeze through and into the crawl space. Finding another vent across the other side of the house, Lakota immediately started working on that one. Within a short period of time, Lakota was free! Free of the confining yard and the crawl space, free to roam the neighborhood and discover all kinds of new and wonderful things including new animals, trashcans, gardens, and of course, people. Lakota was having a great time, but the neighbors didn’t appreciate his explorations. The police were called and Lakota was picked up by the local humane society. His owners were told to place him at a rescue or destroy him.

After Lakota’s arrival at W.O.L.F., the pup became part of Samantha and Kenai’s pack. Lakota needed to learn his wolf manners, and the two older wolf dogs were up to the task. The trio was one of the most social packs ever at the Sanctuary, and they quickly became one of the favorites of volunteers and staff.

After Samantha and Kenai passed, we tried to pair Lakota up with several different female companions. Wolves and wolf dogs are usually very social and need the companionship of another animal. Lakota, however, did not want to be with anyone else. He was happy simply with the interaction he received from people on a daily basis.

Lakota’s struggle against cancer began in 2007. He put up an amazing fight, and his personality stayed happy and vibrant through all of the years he dealt with it. One day, however, he became lethargic, disinterested in food, and even disinterested in receiving attention. With the guidance of our veterinarians, we made the choice to help Lakota pass.