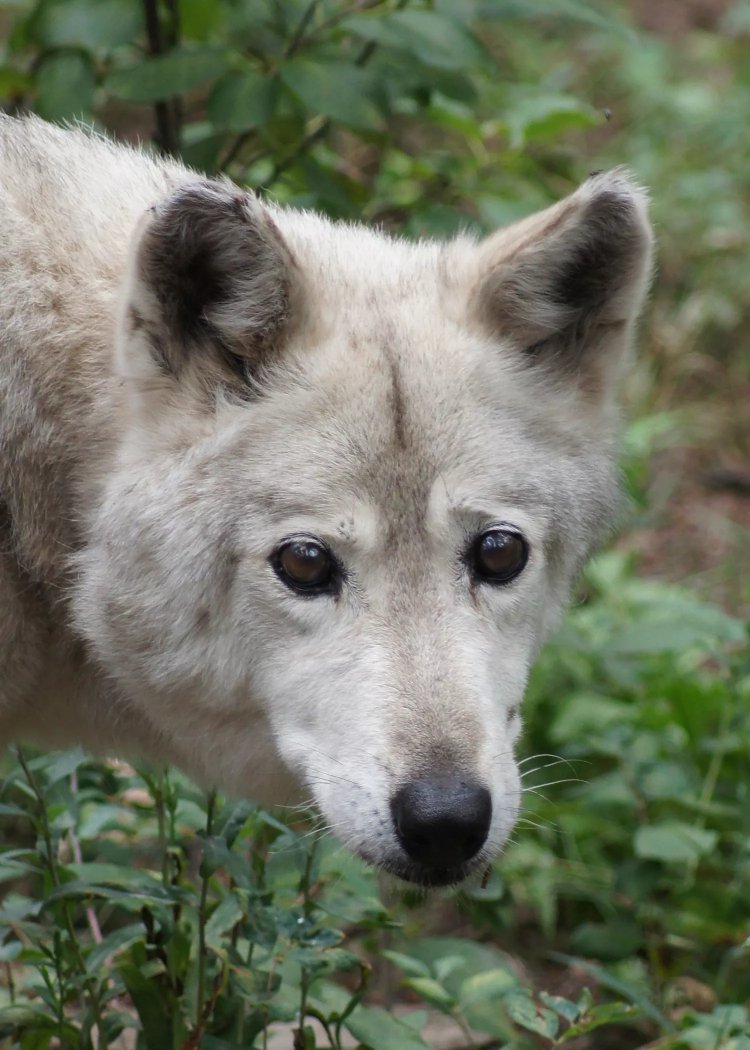 Female
Born: January 20, 1997
Rescued From: Wisconsin
Given Sanctuary: June 1, 2006
Returned to Spirit: December 29, 2014
On December 29, 2014, W.O.L.F. said “goodbye” to the little grey wolf named Kasota, who was born in January 1997 at a breeding facility in Northern Wisconsin. Kasota lived for nine years with a backyard breeder who kept over twenty animals in deplorable conditions.

In May 2006, the breeder became ill and twenty-two animals were left chained and without food or water. A rescue organization tried to help the animals, but four were too sick to survive. The rescue organization contacted W.O.L.F. and we immediately agreed to take the remaining wolves.

On June 1, 2006, eighteen wolves arrived at the Sanctuary. They were packed so tightly into a horse trailer that the animals were unable to move or drink during the long journey to Colorado. W.O.L.F. was shocked at the transport conditions and moved quickly to unload the animals and place them in newly constructed enclosures.

Over time, Kasota and the seventeen other animals gradually regained their health. Kasota was placed with one of the Wisconsin animals named Mucqua. He was a small blind wolf, several years older than Kasota. They bonded quickly, and Kasota served as Mucqua’s guardian and protector for many years. Both were very shy but loved to spend their time basking in the sun – Mucqua in a sunny corner of the enclosure and Kasota on the roof of a large dog house. They were safe and at home in W.O.L.F.’s mountain setting.

When Hammer, another one of the Wisconsin wolves, lost his companion, he joined Kasota and Mucqua, and the trio lived happily together. When the boys grew frail and spent time in their dog houses, Kasota paced the enclosure, frequently checking on them. She was constantly alert when volunteers entered the enclosure to do daily chores, and she quietly watched over Hammer and Mucqua.

By the time the boys passed away, Kasota had become frail with age. Her new companion was Drake, W.O.L.F.’s gentle giant. The roles were now reversed and Drake watched over the petite grey wolf. As Kasota became frailer, it was difficult for Drake to protect her, and he would often unintentionally knock her off balance with his size. It was decided to move Drake to another enclosure and try to pair Kasota with another elderly male wolf. The pairing was not successful, and Kasota was very lonely.

As another winter approached, the decision was made to move Kasota to the Executive Director’s property, where she would have heated indoor space and the companionship of a pack of four huskies and two golden retrievers. Kasota immediately made friends with the new pack. Several of the dogs enjoyed walking the property with Kasota, and the shy wolf began to enjoy the company of the volunteers who helped with her care.

She ate well, loved her walks with dogs and humans, and spent her nights sleeping in a large heated building. Kasota was completely at home. Each night she had a bedtime snack and snuggled with Shelley and the dogs during the coldest nights.

In late December, Kasota’s health began to fail. She had been fighting cancer for years and had begun having difficulty walking. On the morning of December 29th Kasota was unable to get to her feet and was no longer interested in food. Shelley knew that Kasota was ready to leave. After her pack members had a final visit with Kasota, Shelley took Kasota to the vet. She was helped to pass peacefully and quietly in the arms of her protector and favorite human. Kasota was one month shy of her eighteenth birthday when she slipped away to rejoin Mucqua and Hammer.