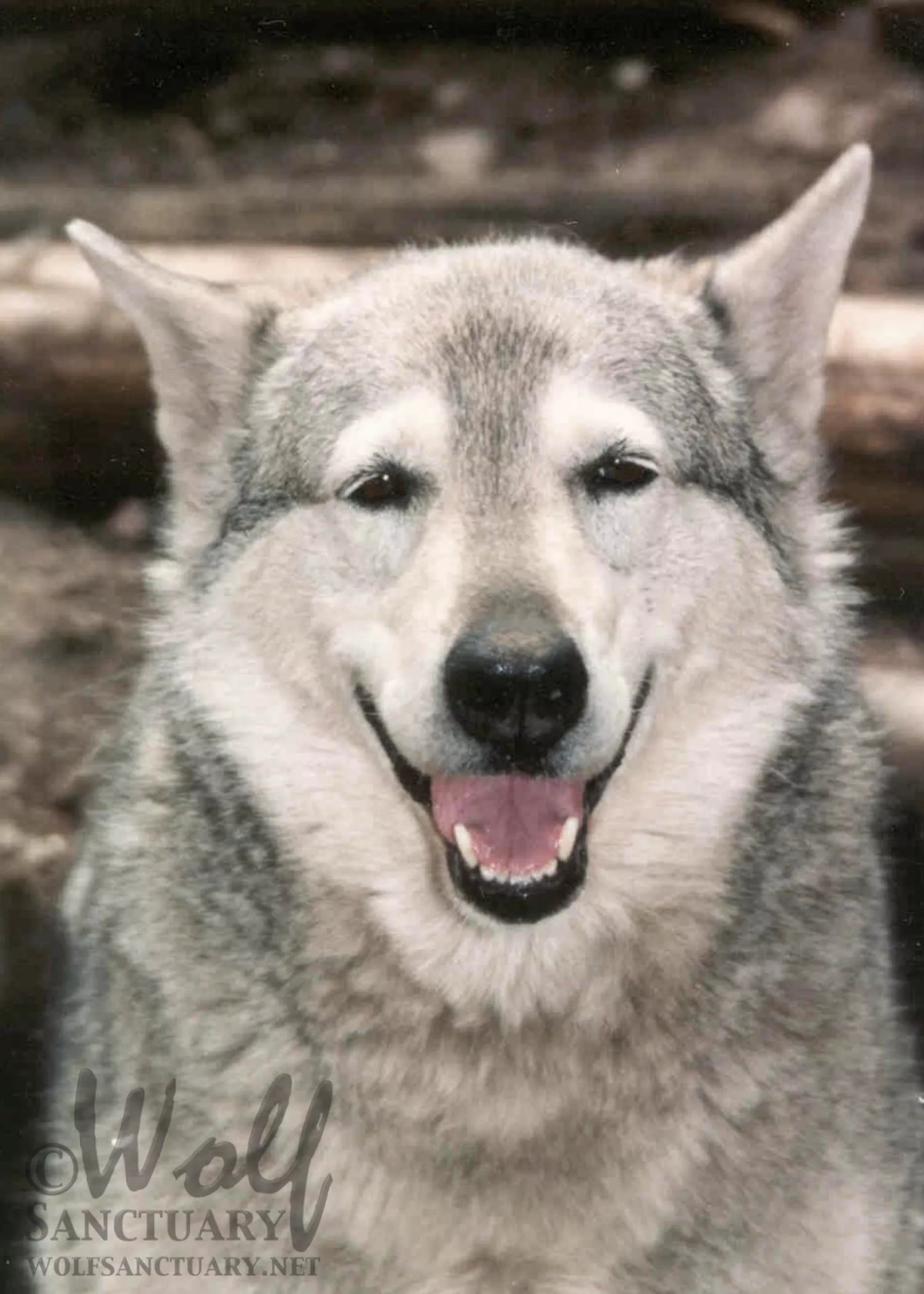 Female
Born: February 1994
Rescued From: Colorado
Given Sanctuary: July 15, 1995
Returned to Spirit: March 30, 2005
Jazmine was the third pet in a family in Lakewood, Colorado. She joined the family when she was 3 ½ weeks old as a pet for the 16-year-old son. His 6-year-old sister and his mother already had pets of their own, a poodle and a cocker spaniel, respectively.

Things went well for Jazzy and her family until when she was approximately 1½ years old she escaped her enclosure, and following her natural hunting instincts, killed the family’s poodle. Unable to comprehend why his beloved Jazzy would kill his sister’s poodle, the boy’s first reaction was anger. Jazzy was locked in her enclosure and ignored. No one was allowed to visit or play with her. Jazzy was as confused as her owner. Where was her pack?

The boy’s mother contacted W.O.L.F. and arrangements were made for Jazzy to be brought to the facility. Jazzy was introduced to Ghost, her new companion, and the two hit it off immediately. Although Ghost weighed in at about 155 lbs. and Jazzy at 95 lbs, Jazzy was clearly the boss. Most of the time she allowed Ghost to have his way, but there was no mistaking who was ultimately in charge. Jazzy continued to hunt, occasionally catching a bird or small animal such as a chipmunk or squirrel.

All was well until Jazzy developed an autoimmune disease. The disease, known as Idiopathic Thrombocytopenia, destroys platelets causing internal hemorrhaging. The doctors at CSU thought there was a chance to help her, and we admitted her to the critical care unit, where everything possible was done. After two days, Jazzy also started losing red blood cells, and the doctors told us there was no hope.

We brought Jazzy home and she was placed in her enclosure with Ghost, who immediately started nudging and licking her. He tried everything to help her get up, but by this time the blood had seeped into her spine and she could no longer move anything but her head. Jazzy was not in pain and was licking all those present.

After allowing the two animals time together, the humans said their goodbyes and the vet euthanized Jazzy. Ghost remained with her for several hours, not allowing anyone to move her. When we tried, he would raise his head and give a low growl. He lay next to her and continued to give her kisses. As night fell, Ghost finally allowed us to take her