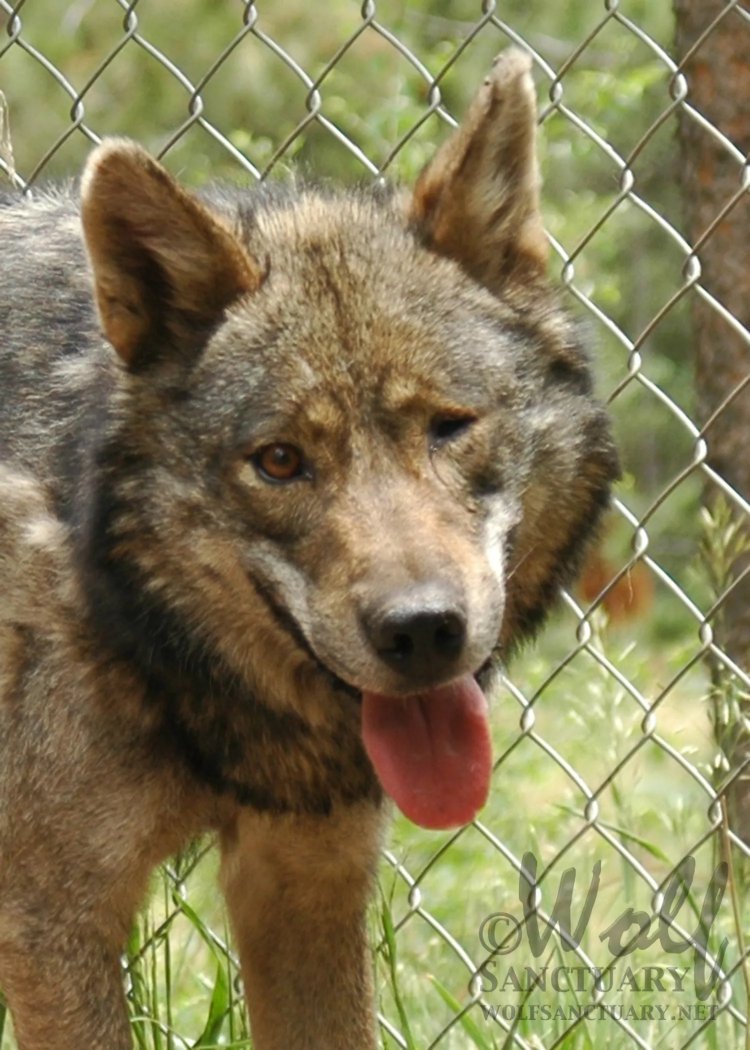 Male
Born: July 9, 1997
Rescued From: Wisconsin
Given Sanctuary: June 1, 2006
Returned to Spirit: December 8, 2006
No one knew how old he was, or much else about his life. That information went with his previous owner when she died unexpectedly in May of 2006. Jack was not alone. There were twenty additional wolf dogs living on chains in intolerable conditions. They were breeding stock for a backyard breeder. As time went on, the circumstances grew even worse. No one, it seems, realized that the animals’ owner was seriously ill and unable to care for the animals most basic needs. As the days passed, the water ran out, there was no food, and the animals’ condition deteriorated further.

W.O.L.F. received a call from the AHS asking if we could take the wolf dogs, and the Wide Awake Rescue began. Jack was one of eighteen animals who would make the long trip to Colorado from Minnesota.

When Jack came to Wide Awake on June 1st, 2006, it was very obvious he had experienced severe trauma. He had damage to his left eye, making it useless, and he was quick to snap and bite. He was paired with Pride, and the two seemed to have a budding relationship. His striking good looks earned him the nickname Captain Jack Sparrow.

Although all of the Wide Awake animals were doing well in their new homes, fifteen of the eighteen tested positive for heartworm disease. As the conventional treatment would have killed them, W.O.L.F. elected to use the long-term, slow-kill method with a preventative medication. The animals seemed to be doing well with the treatment.

On December 6, it was suddenly apparent that Jack was in dire straits. He was brought to a vet hospital and diagnosed with vena cava syndrome, caused by heartworms dying and throwing emboli through the body. The only remedy would be open-heart surgery, but the odds of success were slim. We began making arrangements to bring Jack to see Pride one more time. In the middle of working out these logistics, another phone call informed us that Jack was worsening rapidly and having trouble breathing. When we arrived at the vet’s office, it was apparent that Jack was ready to go. It was also very obvious that his short time at W.O.L.F. had made a difference. During his treatment, Jack appreciated being scratched and even put his head on the laps of those caring for him. Not once did he attempt to bite. A number of volunteers helped Jack outside into the snow and aided his passing. His remains were brought to the Sanctuary the next day for Pride and others to say their farewells.