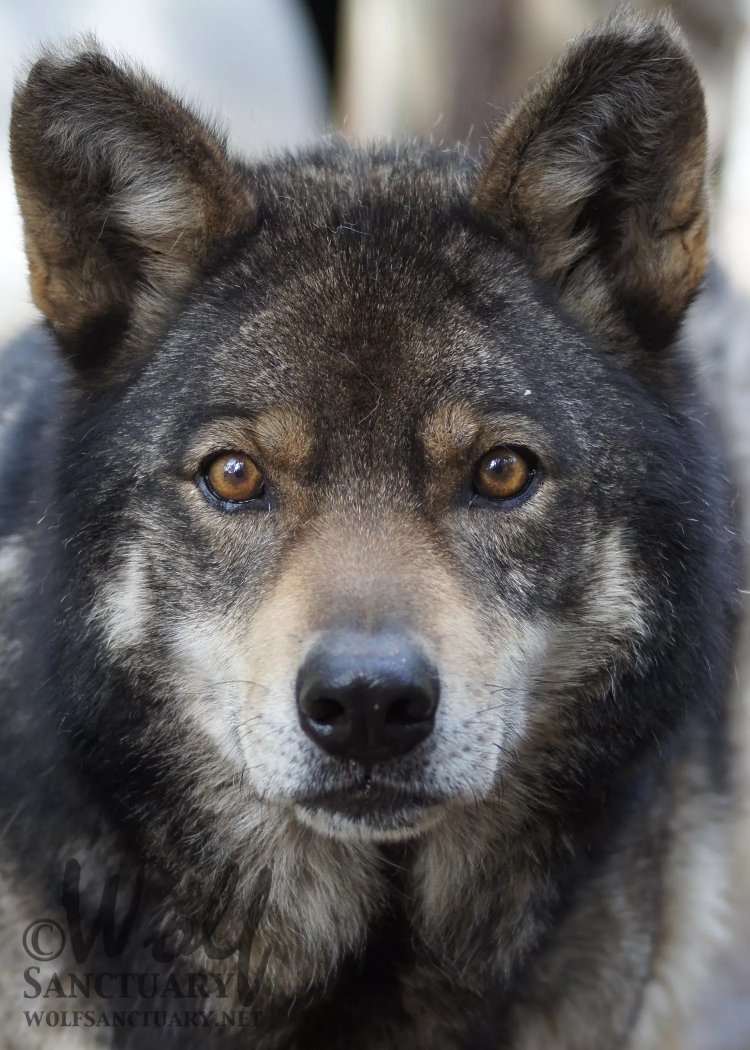 Male
Born: September 8, 1997
Rescued From: Wisconsin
Given Sanctuary: June 1, 2006
Returned to Spirit: October 1, 2011
Much of Hammer’s story before he came to W.O.L.F.’s attention in 2006 is a mystery. Whether he was born at the facility we rescued him from, brought in from elsewhere, used for breeding or intended to be sold, we have no idea. What we do know is that when we rescued him he was approximately nine years old, weighed 50 lbs and tested heartworm positive. His ears were frostbitten and torn, there were problems with his hips, and he avoided contact with people whenever possible.

Hammer was paired with a female named Gina, who was most likely a sibling. Together they made outstanding progress, gaining weight, winning out over the heartworm, and slowly accepting the presence of humans. Emboldened by Gina’s commanding personality, Hammer grew more confident, and the pair could often be seen arguing with their neighbors or watching intently when someone came into the enclosure with treats.

When Gina passed in 2009, Hammer mourned for days, often howling while the other wolves remained silent. While he missed Gina, we knew we could not leave Hammer alone, and it was decided to place him with Mucqua and Kasota. He adjusted well under Kasota’s gentle care and continued developing a shy but happy-go-lucky attitude toward life. Always eager for a treat, he could easily charm you out of a can of wet dog food when he was out of his doghouse with his eager bounce and unmistakably happy expression on his face.

As he grew older, Hammer’s arthritis became progressively worse, making him less and less willing to leave his doghouse. We started him on a regimen of anti-inflammatory and mild pain meds to help him manage. One day, volunteers noticed that he was unable to get his back end up and an appointment was made with the vet. He was diagnosed with degenerative myelopathy. There is no treatment for this disease other than pain management, but Hammer was alert and happy so we brought him home.

We helped Hammer around his enclosure and brought him food and water while we waited for a sign from him telling us he was ready to go. After a few days, he started losing his ability to use his front legs and his eyes lost their brightness. He was helped to pass peacefully.