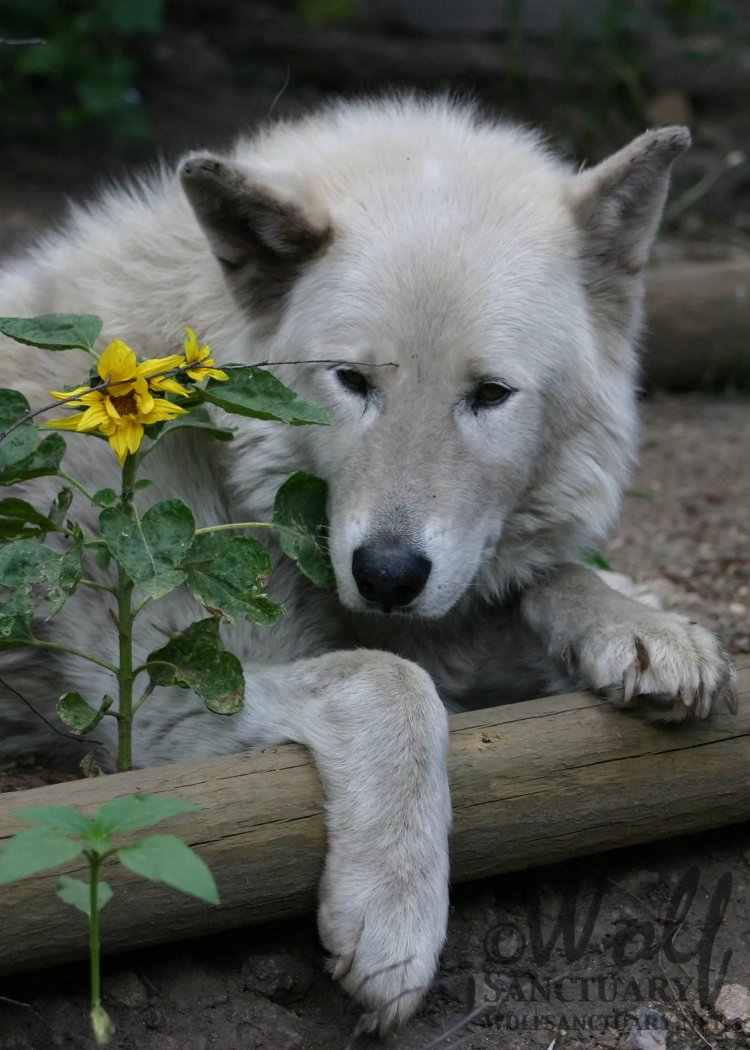 Male
Born: January 1992
Rescued From: Colorado
Given Sanctuary: August 1, 1995
Returned to Spirit: September 3, 2006
Ghost was a stray in La Porte, Colorado, who made his appearance in a fashion that earned him his name. A young couple who raised rabbits was awakened in the early morning hours by one of their rabbit’s screams. As the man looked out his window to see what was going on, he saw the faint apparition of a ghost wolf in the dim moonlight trying to pull a rabbit from its cage by one of its feet. As he turned on the lights to get a better look, he discovered that it was not an apparition at all. There in his backyard was a 150 lb. animal that looked like a wolf. After going outside to get a better look at the visitor, the couple approached the animal and put a leash on him. They chained him to a tree and gave him food and water.

The next day the couple called W.O.L.F. and asked if we would mind coming out for a consultation. After hearing what they would have to do in order to keep Ghost secure and protect their two other dogs, the couple decided to surrender Ghost to W.O.L.F. The young man explained that he was the activities director for a fraternity and would provide the labor necessary to build Ghost a suitable enclosure.

True to his word, the young man showed up with approximately fifteen young, strong individuals to build the new enclosure. We provided a barbecue and the event became the beginning of a long relationship with the Triangle Fraternity from Colorado State University.

Ghost adapted to his new home and Jazzy, his companion, with who he got along very well. Several years after he came to W.O.L.F., we discovered that Ghost had been the focus of a Division of Wildlife search. It appeared that his backyard-hunting excursion was not a one-time event. Several other families had reported a white wolf that was taking down pets and livestock in the surrounding area. Luckily for Ghost, he was an excellent escape artist and managed to elude the authorities a number of times.

One day Ghost experienced a small stroke and never regained his ability to get to his feet. His appetite disappeared and his eyes told us he was ready to go. Our vet helped him to pass.