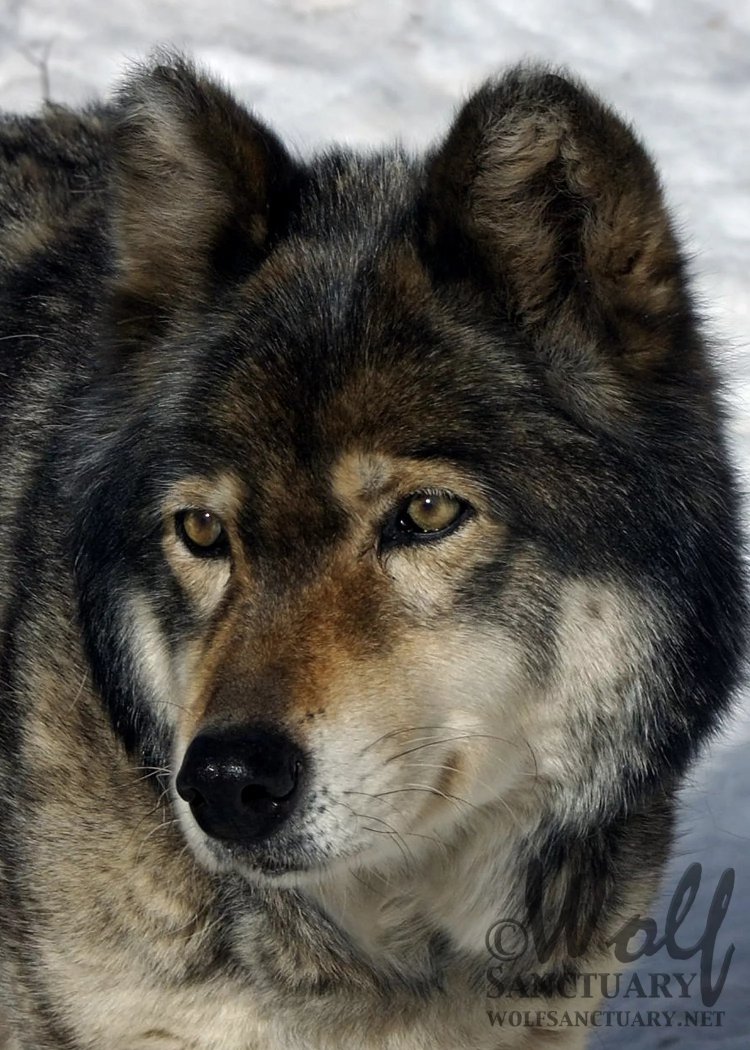 Female
Born: October 13, 1989
Rescued From: Wisconsin
Given Sanctuary: June 1, 2006
Returned to Spirit: December 19, 2007
Gead, the mother of most of the Wide Awake animals, came to us at the advanced age of seventeen. She was a lucky one, not infected with heartworms, but she had experienced some sort of head trauma that caused issues with her hips. Our limited understanding of her life before W.O.L.F. showed that she was a “prized” breeder for her former owner, had lived most of her life on a six-foot chain, and had had many litters of puppies taken away too young.

For months after her arrival at the Sanctuary, Gead avoided human contact at all cost, and we respected her wishes by swiftly completing the daily chores in her enclosure. As she gained weight and shed her matted coat, fear was slowly replaced by curiosity. Then one day, she walked up to a volunteer and allowed a quick scratch. Every day after that Gead became more confident, eventually sitting down next to caretakers for scratches and eating all the treats she was offered. She became Mucqua’s companion and seeing-eye dog, as Mucqua was totally blind. We watched in amazement during winter as Gead created paths in the snow and gently lead Mucqua around their enclosure.

Gead’s hip issues began to worsen, and she began falling down quite often. At first she was able to pick herself back up and painkillers kept her comfortable. One day a volunteer found her stuck and unable to stand. We helped her up, but it was all too apparent that her back end was not cooperating, as she fell down repeatedly. Worse yet, she was in obvious pain. The vet was called and Gead was examined. It was clear that she was ready to go, and we placed her next to Mucqua to say goodbye.