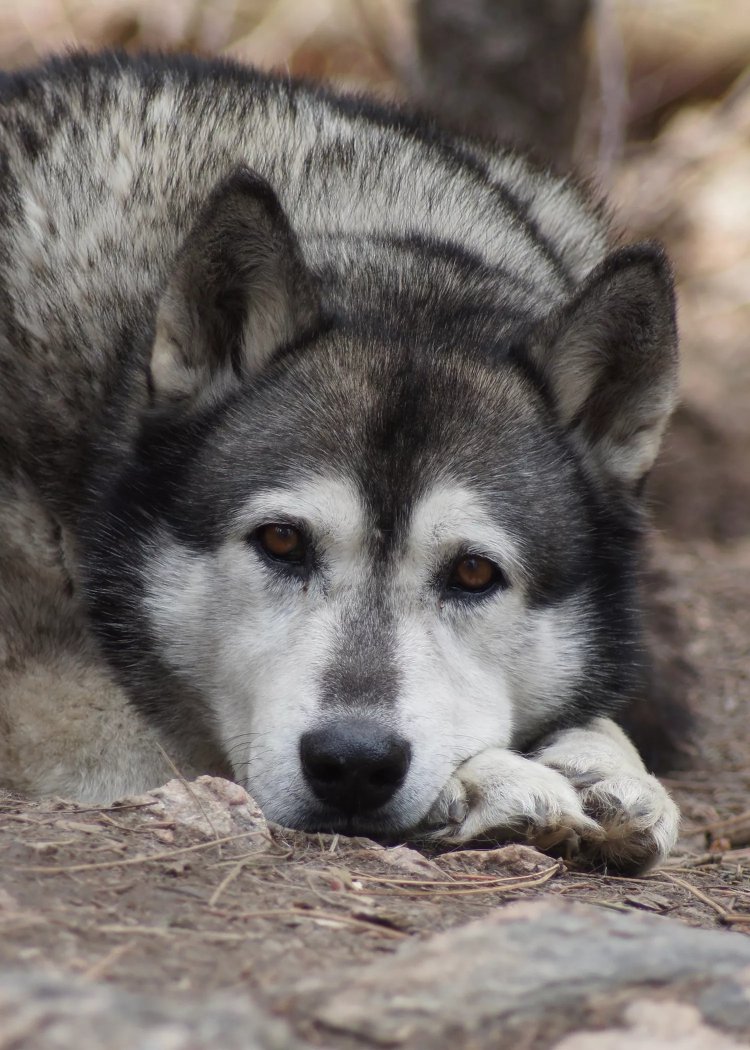 Male
Born: February 17, 2008
Rescued From: Colorado
Given Sanctuary: February 13, 2013
Returned to Spirit: April 17, 2014
Cowboy’s start in life was a difficult one. We don’t know how he came to be homeless but in 2010, a Good Samaritan found him curled under her truck after a storm, dehydrated and starving. She soon became his champion. She took him to the Humane Society and after three days, when no one claimed him, she adopted him and nursed him back to health. For three years, she loved and cared for the stray wolf dog. Their bond was incredibly strong and loving.

In 2013, his champion had a dramatic change in her circumstances and was no longer able to keep Cowboy. She made the heartbreaking decision to re-home him and contacted W.O.L.F. for help. Cowboy came to us on Feb. 17, 2013 as a companion for Arkte, who had recently lost her long-time enclosure mate, Rachane. After an emotional parting with his champion, Cowboy seemed lost and very alone. After watching him pace in the catch-up area of his enclosure for several days, a staff member approached Cowboy with a gentle touch and soothing words. She was able to relieve some of his anxiety and he was finally able to relax. This was the turning point for Cowboy.

Cowboy soon began to spend time with Arkte and their relationship slowly blossomed. Often times Cowboy pranced and danced in his enclosure while he waited for his treats. He would toss his head with joy and jump in the air. He and Arkte often vied for attention and treats as the staff and volunteers quickly fell in love with this young wolf who helped Arkte overcome her grief.

His bond with Arkte continued to deepen and the two were often seen side-by-side at the top of their enclosure, napping in the sun or watching the Sanctuary activities, always ready to race down the hillside for treats and attention.

On April 14, 2014 Sanctuary staff noticed Cowboy was weak and vomiting. The onset of his symptoms was sudden and acute. Staff moved quickly to take Cowboy for emergency veterinary care. After several days of tests, consultations with numerous veterinary specialists and a host of medications to keep him comfortable, Cowboy’s condition continued to worsen. Eventually, he was diagnosed with acute pancreatitis. His decline was rapid and totally unexpected. Within two days, he was unable to walk or support himself. On a beautiful spring day, in a shady area outside the hospital, Cowboy was helped to pass. He was six years old. His time with us was far too short and his many human friends grieve for the loss of this gentle wolf dog.