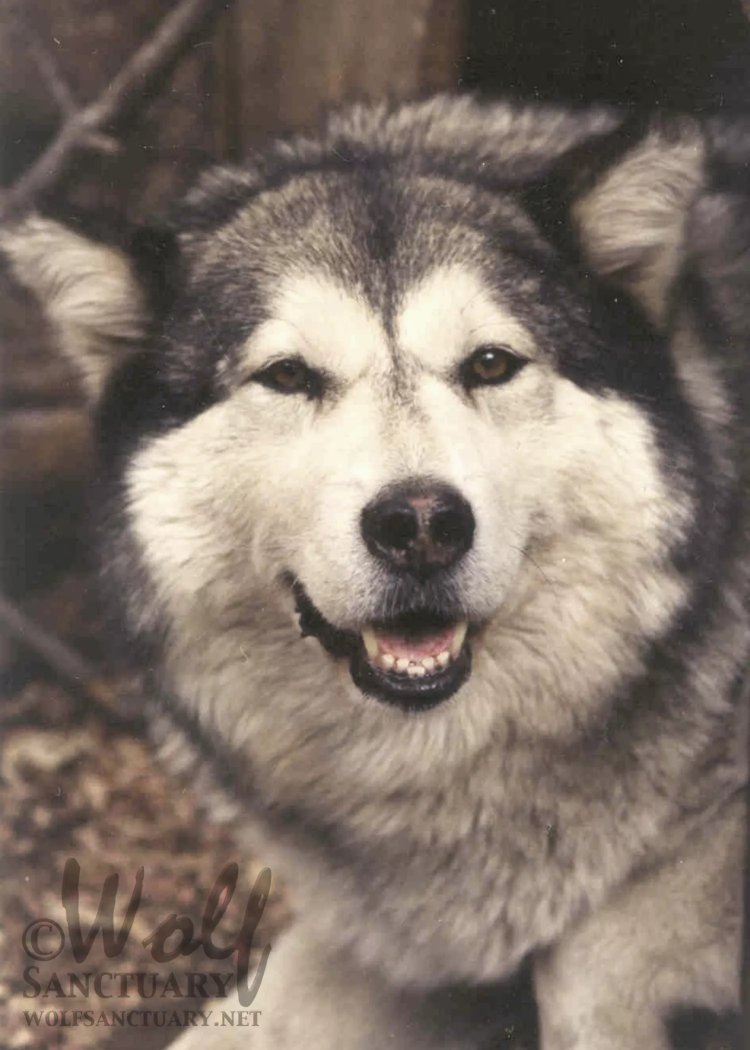 Female
Born: January 1988
Rescued From: New Mexico
Given Sanctuary: June 15, 1995
Returned to Spirit: June 13, 2001
Chana arrived at the Sanctuary under cover of darkness with her son, Peter. They were the two surviving members of a pack of three (their companion had been killed by a neighbor who didn’t like wolf dogs). After Chana’s owner started receiving death threats against the two remaining animals, she knew that getting them to a sanctuary as soon as possible was imperative.

When Chana, who was eight years old, and Peter arrived at W.O.L.F., they were terrified and confused, but they soon adjusted to their new surroundings. The two lived happily together for several years, and then Chana began gaining an inordinate amount of weight. She was diagnosed with Cushing’s disease with a malignant tumor in the center of her pituitary gland. The location of the tumor eliminated any chance of surgery. The only treatment option was for Chana to go on a human cancer drug called Lysodren. Lysodren was extremely expensive, costing $250.00 per bottle of 100 tablets. A W.O.L.F. volunteer happened to be a pharmacist and immediately contacted a representative of Bristol-Meyers Squibb, Co., the makers of Lysodren. The company agreed to supply Chana with the Lysodren she needed free of charge, and Chana’s medical regimen began.

Chana reacted very well to the treatment and her illness stabilized quickly. She was still the alpha female of her pack and was not experiencing any pain because of the cancer. Chana was getting on in age but still very chipper and willing to please her caretakers as long as she got petted. She was overweight, but we told her she was just fluffy.

Unfortunately, with time, Chana’s weight problem caused her to have difficulty breathing. One day, staff noticed that Chana was having trouble getting up and walking. She was also struggling to maintain normal elimination functions. A blood sample was taken and the results indicated that all of her body functions were shutting down. The decision was made to help her pass.