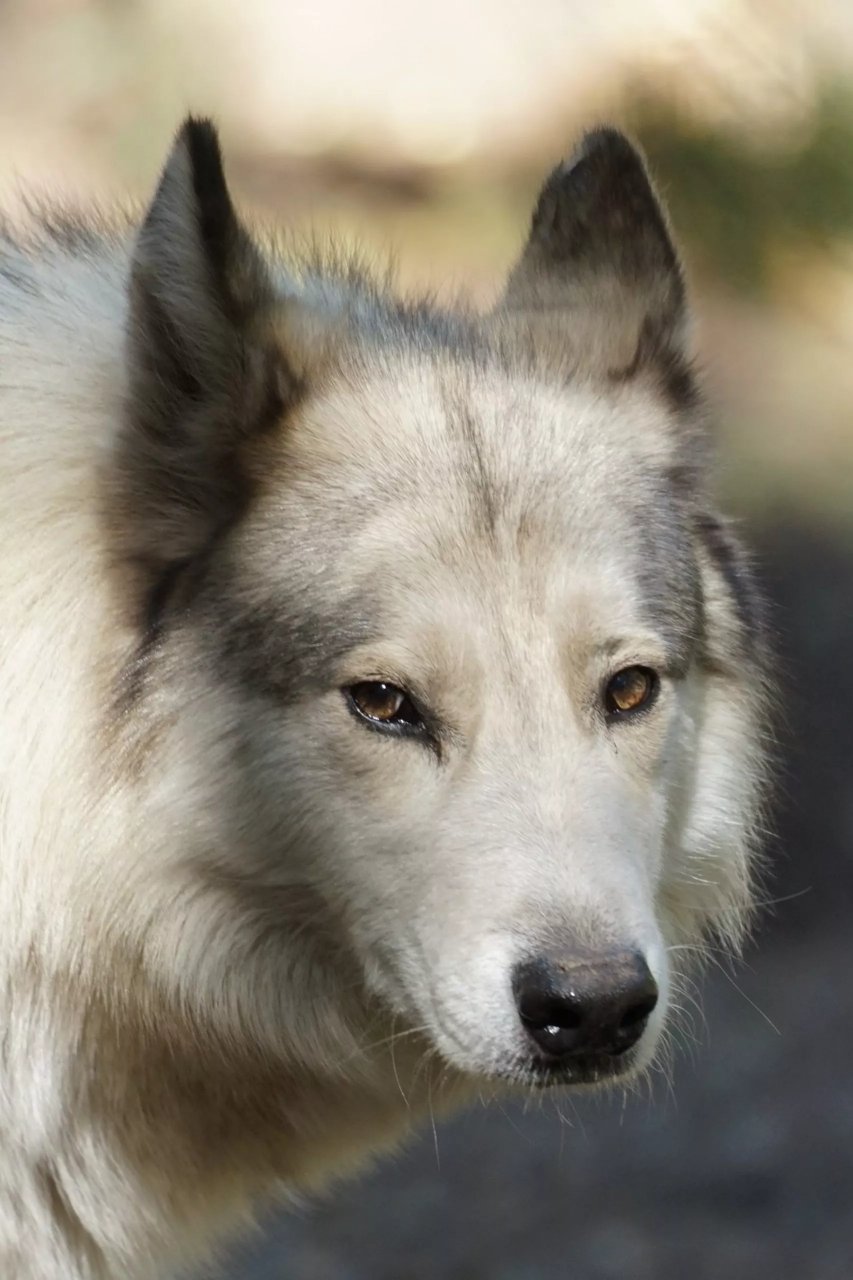 In early July 2016, W.O.L.F. received an urgent request for help from Apex Protection Project, one of our wolf rescue partners in California. There was a young wolf dog in a shelter in Los Angeles County, California who needed immediate rescue. He was sick, weak, and most likely slated for euthanasia since wolf dogs cannot be adopted to the general public. The young wolf dog was a stray animal who was caught by animal control in a park in South Central Los Angeles. He was not able to avoid capture because his feet were so swollen that he could no longer run.

W.O.L.F. immediately agreed to take the little wolf and made plans to fly the rescue team to California, rent a van, pick up the animal, and drive back to Colorado, all in twenty-four hours. W.O.L.F. staff got the wolf dog, now named Castiel, to our vet in Wellington, Colorado on the 4th of July. He was covered in ticks, malnourished, and suffered from a severe case of mange that caused secondary infections. Dr. Teva Stone immediately started to work on helping the sickly animal, and the decision was made to keep him at an offsite W.O.L.F. infirmary in order for Castiel to regain his health, gain some weight, and recover from his ordeal. Dr. Stone prescribed medicated baths, antibiotics, and pain medication. Castiel recovered quickly and moved to the Sanctuary on July 19th.

He was very shy with his humans and clearly longed for animal companionship. W.O.LF. made the decision to find him a suitable female companion as quickly as possible and rescued a young female named Tenali from Wisconsin on July 22nd. The two animals were introduced, and Tenali, a very social and playful wolf dog, immediately wanted to play. Castiel was a bit overwhelmed by her energy but gradually adjusted and began to trust his new friend. The two wolf dogs were soon seen walking together in their enclosure and spending time with each other. In short order, Tenali was able to help Castiel overcome his shy hesitation. They were often seen playing together and formed a very strong bond.

When longtime W.O.L.F. resident Rajan passed away, it caused a ripple effect on the living situations of several of the animals. Bella Roux, who was Rajan’s longtime companion, was unable to accept a young pup named Zakai as a new companion. Tenali on the other hand, was smitten with the pup. Staff made the decision to move Tenali and Bella. Tenali rapidly became the loyal teacher and companion to the young Zakai, and Bella moved to keep company with Castiel. The relationship between Castiel and Bella was slow to develop, but over time, the shy Castiel won the heart of the more outgoing Bella. While Bella enjoyed the visits from her many staff and volunteer friends, Castiel remained content to watch from afar. Castiel did seem to gain confidence in her presence, as while he still did not want direct human interaction, curiosity replaced some of his fear of humans.

Sadly, Bella Roux passed away on November 9th, 2020 very unexpectedly, leaving Castiel alone. We gave Castiel time to grieve her loss; however, we knew that Castiel thrives with canine companionship and began searching for a new companion for him. We quickly came across a young female from California who seemed like an ideal match; she even came to our attention from the same rescue partner that helped save Castiel! W.O.L.F. worked quickly to bring this new female named Mayari to her forever home. When she first arrived, Mayari was very anxious given how drastically her life had changed in a matter of days, and we made the decision to wait to introduce the two until she became more comfortable in her surroundings. However, the two were situated such that they could interact through the fence with one another if they so chose.

After a week, we introduced them. While it was far from love at first sight, the two did not display any aggressive behaviors. Mayari was curious and interested in playing with Castiel, but Castiel was not yet comfortable with his new companion and remained aloof. While we have yet to see them play together, they often remain close to one another in their habitat. We hope that their bond will blossom over time and that Castiel will continue to gain confidence with the help of his new companion.