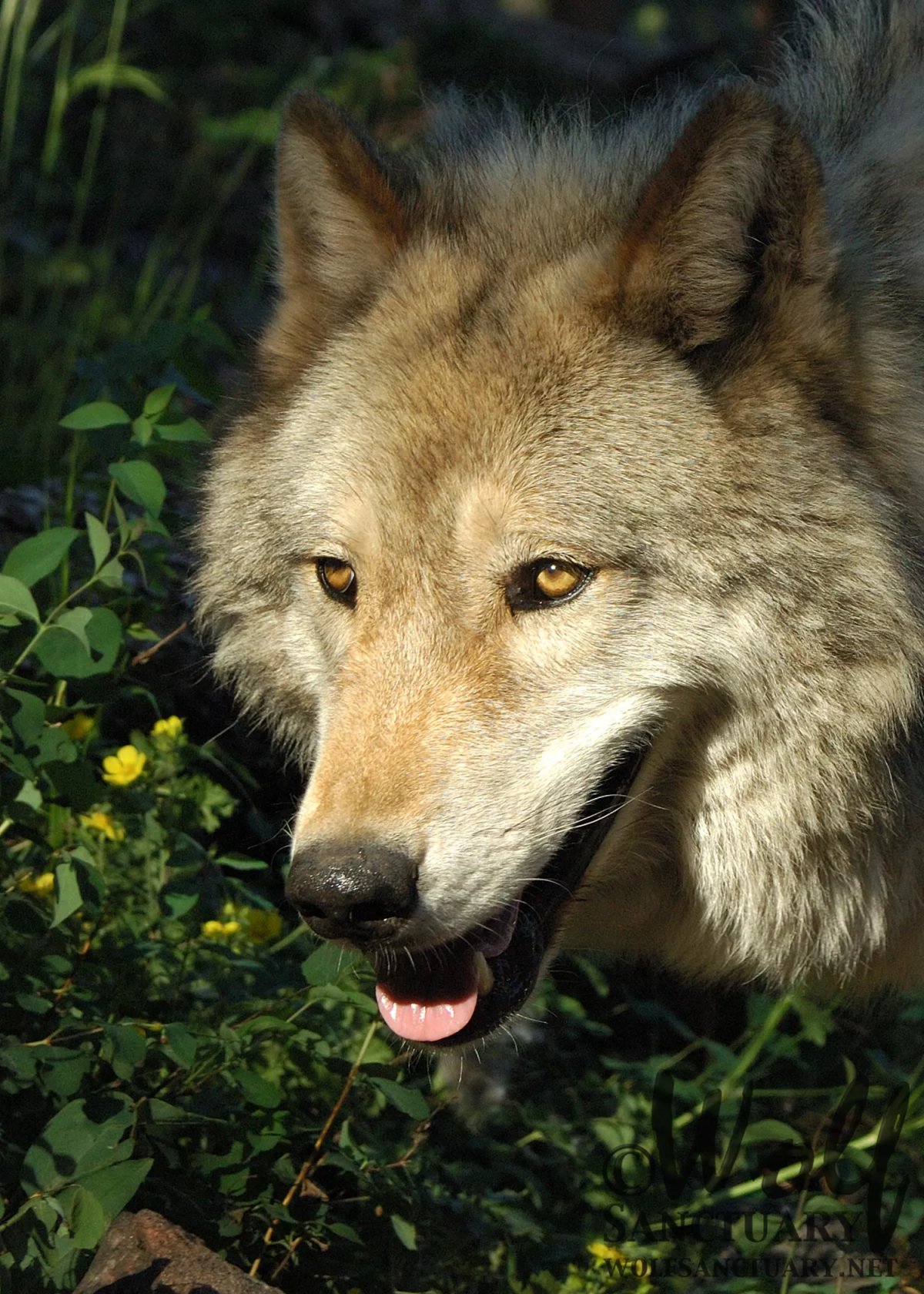 Male
Born: April 5, 2001
Rescued From: Arizona
Given Sanctuary: March 30, 2003
Returned to Spirit: December 2, 2011
Beowulf was born at a breeding facility in Arizona in 2001. When that facility was foreclosed on in 2002, the authorities moved in to deal with the remaining animals: 34 wolf dogs and wolves, including Beowulf. The quickest solution to the problem they faced was to kill all the animals and move on. However, unsure of the legality of shooting pure wolves, they contacted W.O.L.F. Unfortunately, this was after they had already shot all 20 of the wolf dogs and were looking for permission to shoot the remaining 14 suspected pure wolves.

The was no way we could allow that to happen and W.O.L.F. helped to place all 14 wolves at a “rescue” facility in Texas, unaware of the facility’s true reasons for wanting the wolves. In October of 2002 W.O.L.F. received an impassioned plea for help from the sanctuary in Texas. Distemper, a preventable disease, had broken out and animals were sick and dying. It became apparent that emergency life-saving measures were required to save the remaining animals. W.O.L.F. quickly assembled an emergency team and started on the road to Texas.

What the team found there was horrendous. Out of 75 animals that had been rescued by this sanctuary, only 43 could be tracked, leaving 32 missing without a trace. Twenty animals were still alive at the facility, and the W.O.L.F. team treated them for distemper. Following a recovery and isolation period the animals were moved to new homes. Beowulf, and his companion, Frackette were moved to a foster facility in Colorado to wait for an opening at the Sanctuary. They thrived at their foster home, enjoying the larger, uncrowded space. Neither was social, but they knew where the food came from and would often eagerly wait for their caretaker to leave before bounding down the hill to see what goodies were left behind. When Beowulf and Frackette were brought to W.O.L.F. in July of 2011, they adapted surprisingly well to the new situation and soon became a favorite of volunteers who enjoyed watching their antics during treat rounds in the mornings.

On December 2nd Beowulf did not come down for his morning treats. Concerned, a staff member went up the hill to investigate. She found Beowulf and Frackette pacing together at the top of the hill. As she watched, trying to coax them closer, Beowulf collapsed, immobile, less than ten minutes after her arrival. Though he was rushed to VCA, Beowulf died in the parking lot of the vet hospital. The tests done to determine cause of death concluded that Beowulf had died as a result of a diabetic coma.