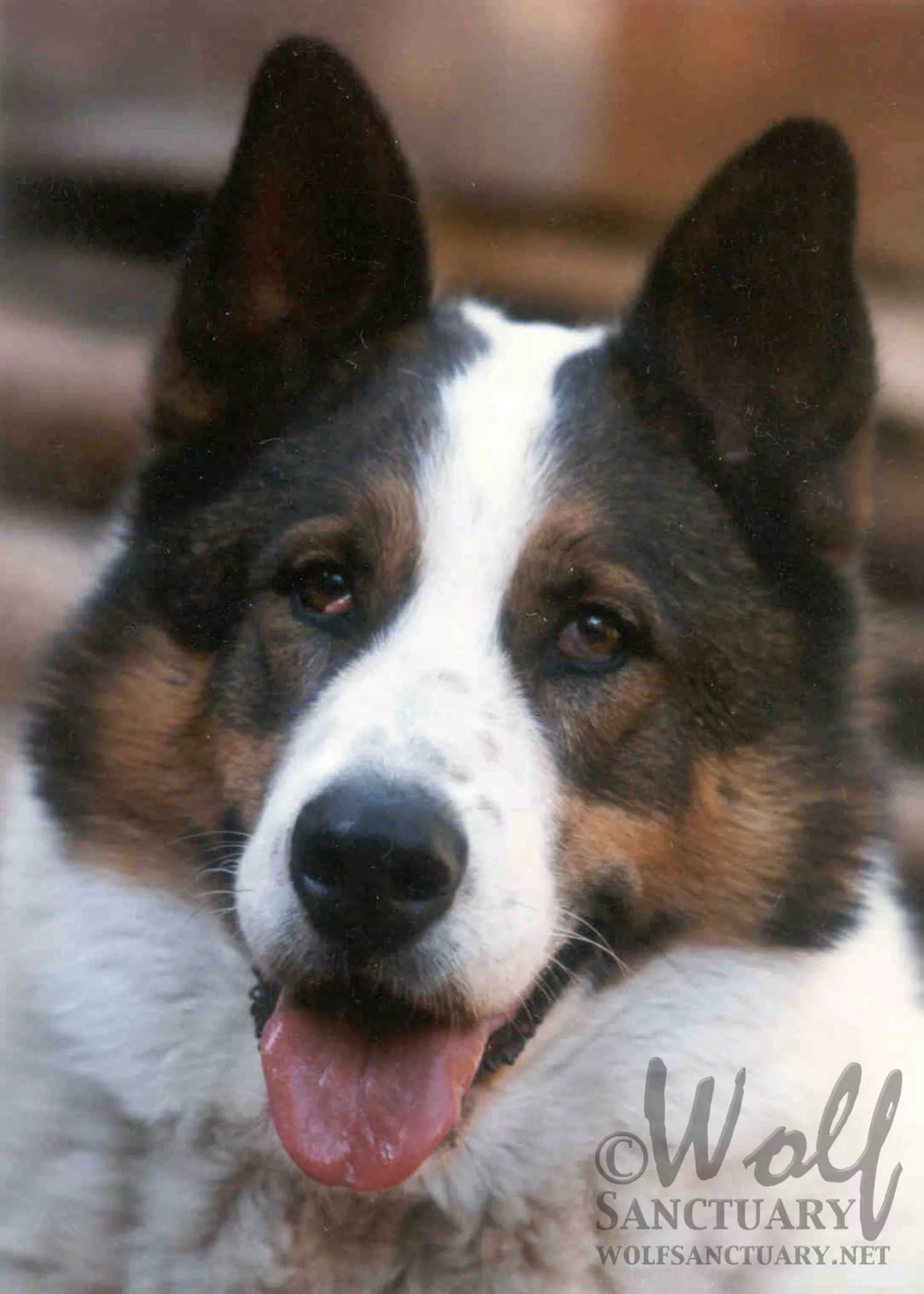 Male
Born: January 1993
Rescued From: Colorado
Given Sanctuary: November 1, 1995
Returned to Spirit: February 20, 2003
Bacchus came to W.O.L.F. on the day that he was scheduled to be euthanized by the Larimer County Humane Society. His owner had left him with a friend in Fort Collins while he was in the Caribbean doing post-graduate work. Bacchus immediately got himself into trouble by killing the cat that belonged to his interim caretaker. The caretaker, of course, was extremely upset and had animal control pick Bacchus up. Luckily, she had a room­mate who was more understanding of Bacchus’s natural instincts and who began looking for another option for him. She learned about W.O.L.F. and attempted to get Bacchus placed at the Sanctuary until his owner returned. Although it is against W.O.L.F. policy to board an animal on a temporary basis, we agreed to accept Bacchus to save him from being euthanized.

Bacchus was housed in a hastily constructed 30′ by 30′ isolation enclosure. The seasons changed and Bacchus’s owner did not appear. It became apparent that he was here to stay and plans were made to move him into an enclosure with companions. Peter needed a buddy, and Peter’s mom, Chana, could use the diversion that another animal would provide. Although there were a few tense moments during the introductions, the three bonded very well and were a joy to watch.

In February of 2003 Bacchus underwent a routine general checkup that did not detect any health problems. Three days later he became seriously ill. Blood work was repeated, and it was learned that he had Immune Mediated Hemolytic Anemia, probably brought on by cancer. He was given fluids, medications, and finally a blood transfusion. Unfortunately, nothing helped. Bacchus’s body was actually destroying his blood cells and could not replace them with healthy cells. Even the blood he had received in the transfusion was destroyed by his own immune system. After lengthy conversations with his doctors it was decided to bring Bacchus home to say goodbye. He spent several hours with his companion, Peter, and numerous volunteers who made the trip to say farewell before passing away.