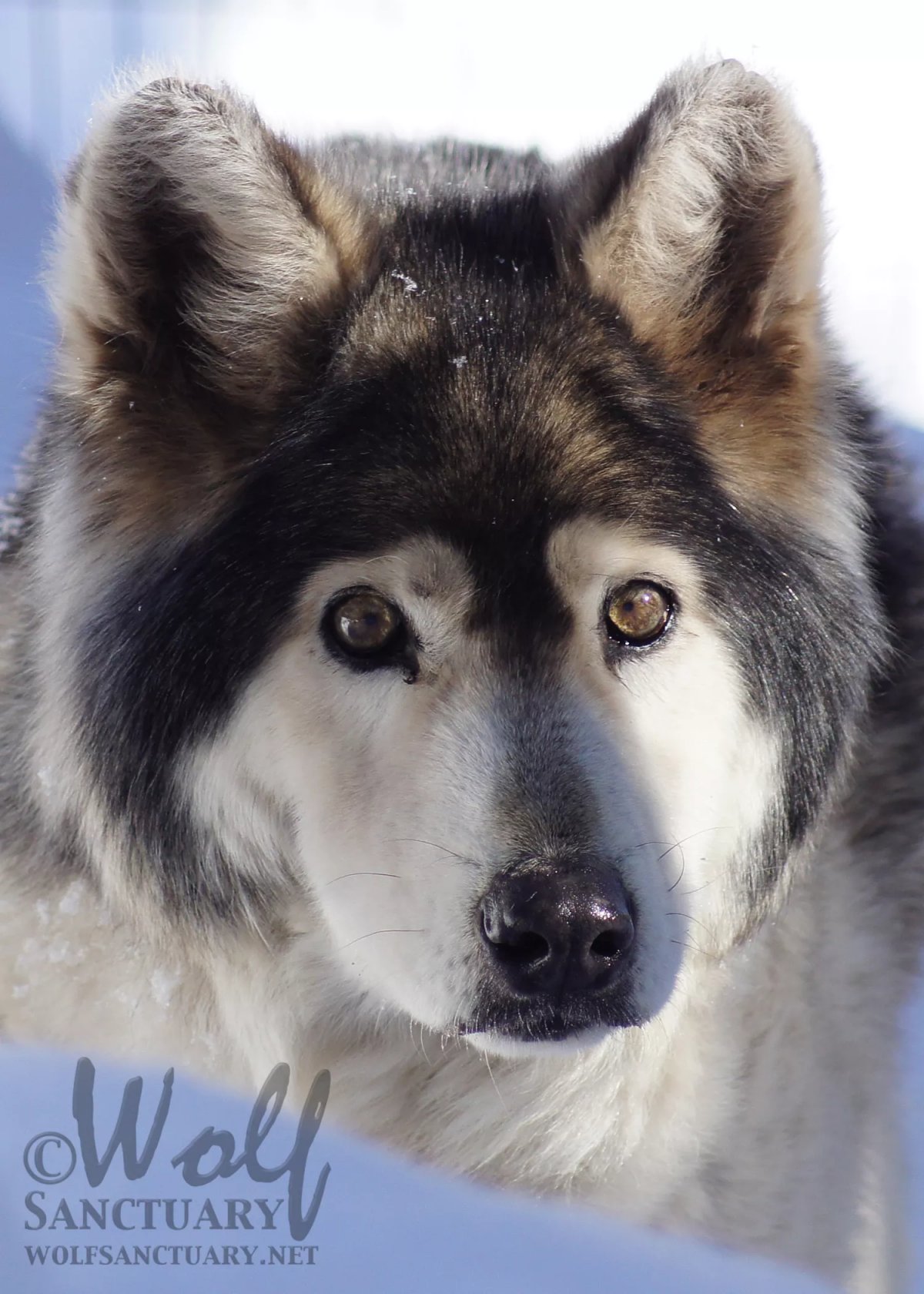 Male
Born: January 12, 1999
Rescued From: Wisconsin
Given Sanctuary: June 1, 2006
Returned to Spirit: July 4, 2012
Atlantis, born in 1999, was one of eighteen wolf dogs rescued in 2006 from a horrendous backyard breeding operation in Wisconsin. The owner of the operation had died unexpectedly leaving the animals living on chains with no food or water. W.O.L.F. received a call from the Humane Society asking if we could take the animals, and the Wide Awake Rescue began. Unfortunately, even the rescue would turn out to be a horrible experience for the animals. We had been told that they would be transported in an air-conditioned trailer and that a vet tech would accompany them in the event of an emergency. Instead, the animals were packed into a horse trailer so tightly that not even water could be given to them.

Despite the terrible conditions that Atlantis had been subject to, he recovered relatively well from his ordeal and was soon paired at W.O.L.F. with a female from the same rescue named JJ. The pair established a strong bond, and they could often be seen at the top of their enclosure watching the world go by. They would run down the hillside and eagerly bounce along the front fence line when one of the ambassador wolves walked by or meat was handed out.

By the time a fire threatened the sanctuary in 2012, Atlantis was a frail, elderly wolf who needed a quiet place to ride out the evacuation period. He, and another animal named Mucqua, went to live in a volunteer’s garage. Although Atlantis had never been a social animal when it came to contact with humans, he seemed to revel in the attention he received from Susan at his new home and allowed her to groom him, clean his ears, and give him a sponge bath to make his coat shine. Despite his failing eyesight and degenerative myelopathy, Atlantis seemed to grow stronger.

Susan began to leave his enclosure open in the mornings while she gardened, and soon Atlantis was venturing out to join her for a stroll. When he grew tired, they would sit together in the grass or in his favorite spot near the flower garden where he smelled the roses. Susan would read aloud to him, and he would come close and lay at her feet where he fell asleep.

One day Atlantis had difficulty getting up. The decision was made to help him pass. After his caregivers arrived to be with him, Atlantis ate his last meal with his usual gusto, stopped struggling to get to his feet and gently slipped into a deep sleep. It was July 4, Independence Day. Atlantis’s spirit was set free as he was surrounded by love from his many human friends and his loyal companion, Mucqua.