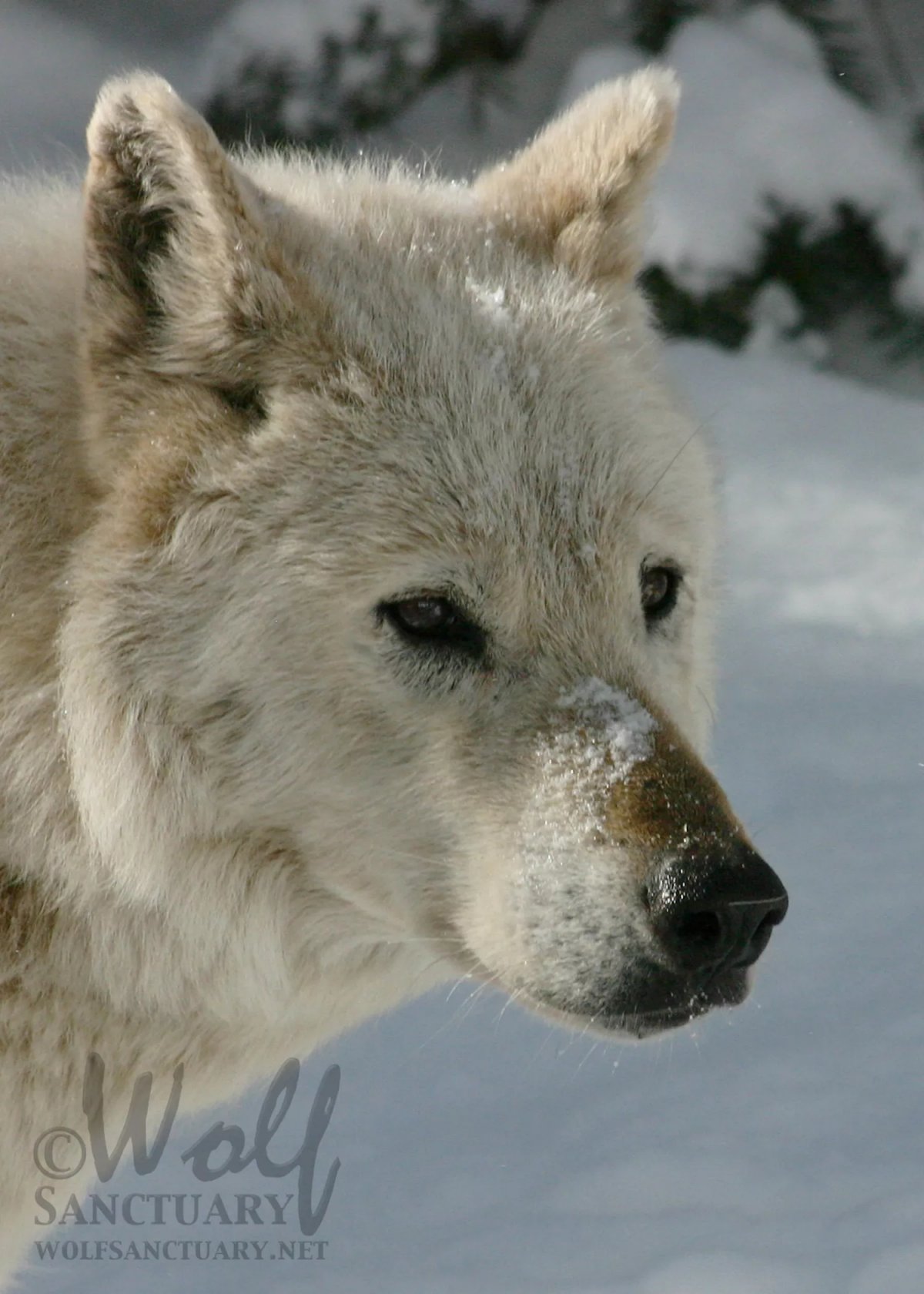 Female
Born: April 21, 1988
Rescued From: Colorado
Given Sanctuary: March 1, 1998
Returned to Spirit: November 21, 2006
Ashley and her two sisters began life with a breeder in Black Hawk, Colorado. Over time, their owner began to neglect their care, and one of the animals died, purportedly of starvation. Concerned neighbors became involved and began trekking food and water into Ashley and her sister, Jasmine, from the closest access road they could reach. When the owner of the property defaulted, it was discovered that the animals’ enclosure was on U.S. Forest Service property. The Forest Service seized the animals and Ashley and Jasmine came to live at W.O.L.F.

The two nine-year-old sisters shared an enclosure and adapted very well to their new life. Ashley was the dominant animal, and volunteers frequently saw the sisters play out a dominance game wherein Ashley pinned her sister to the ground eliciting a series of yelps from Jasmine.

Despite suffering a series of small strokes, Ashley enjoyed life at W.O.L.F. for almost ten years. Although very shy, she bonded with several volunteers and enjoyed receiving attention. One day Ashley was found in an awkward position struggling to breathe. She was made comfortable and passed peacefully within five minutes, ending a very long life of almost nineteen years.