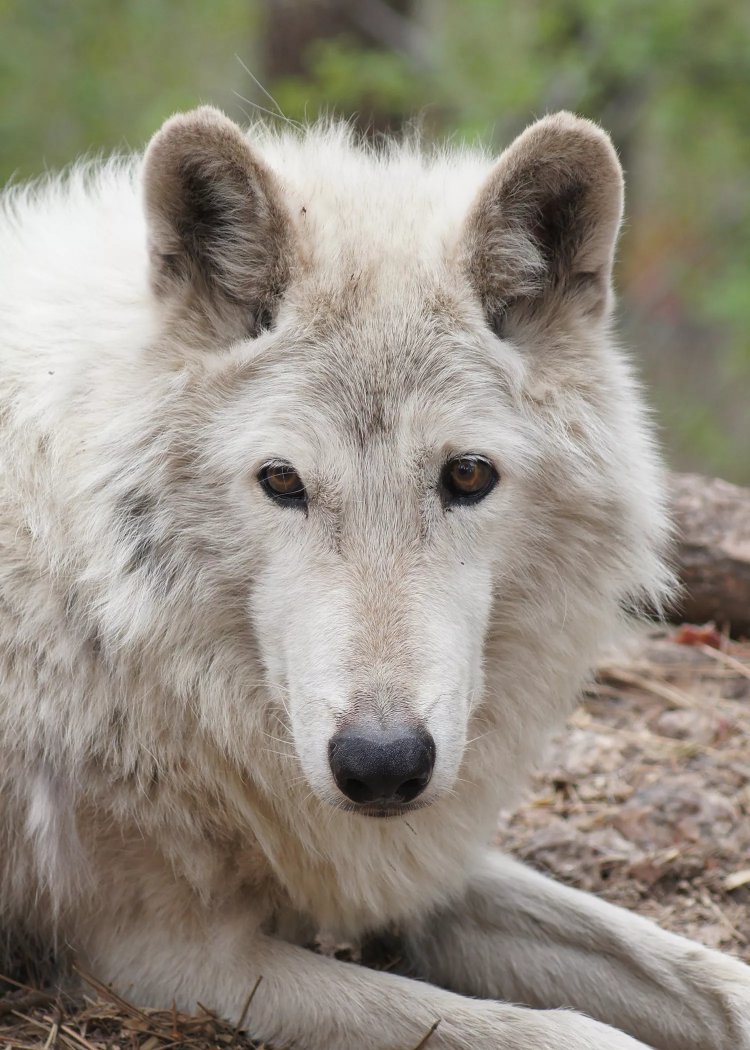 Female
Born: May 1, 2000
Rescued From: Minnesota
Given Sanctuary: December 29, 2006
Returned to Spirit: April 20, 2014
Like many of the animals we rescue, Arkte’s life before W.O.L.F. was one of suffering and fear. This high-content wolf dog was purchased as a pet by an individual in Minnesota who believed that, as a human, he had the ‘right’ to do whatever he wanted to her. When she didn’t behave like a good little submissive house pet, her freedoms were increasingly restricted until her entire existence became a tiny travel kennel tucked away in an apartment bedroom. For six years Arkte was forced to live in these conditions, though her owner claimed to ‘take her on walks’.

Thankfully, her situation eventually came to the attention of animal control and she was confiscated for abuse and neglect. Unfortunately, animal control planned to euthanize her so W.O.L.F. helped a Wisconsin rescue get her away from them. But years of mistreatment had taken its toll and her aggressiveness made it dangerous for her new caretakers to interact with her. They could not risk placing her in a home, leaving Arkte with only two options: either she could go to a qualified sanctuary or face euthanasia.

Having already helped Arkte once, there was no way we could abandon her, and we arranged for her to stay in a foster situation until space opened up at W.O.L.F. On December 16, 2006 she finally arrived.

It was obvious that she was thrilled with the amount of space she was given and soon made it clear that this was her territory, everyone STAY OUT! Shortly thereafter we found her a companion, Rachane. It was such a special moment to watch these two meet for the first time. Arkte, who had never had any canine companionship, and Rachane, who had been abandoned by his owner, began to race each other around the snow-covered mountainside with reckless abandon, leaping over and tackling one another. It was definitely love at first sight.

Arkte became as possessive of Rachane as she was of her territory, and adamantly defended him from the humans. She would throw herself snarling against the fence lines and try to bite her caretakers whenever they came near. At this staff and volunteers would often smile and sit patiently out of reach until she would begin to settle and then reward her with treats. If we ever had to work with Rachane or her neighbors she would wail loudly until they were returned to her.

As the years passed Arkte’s tendency to launch sneak attacks on her caretakers became less frequent, although she was never one to miss an opportunity when it was presented to her. She eventually got to the point where she would watch us from on top of the fire den or follow us around the enclosure at a somewhat safe distance while we worked, making sure to re-mark her territory thoroughly. If she threw herself at you through the fence it was usually an expression of frustration for not getting fed quickly enough rather than one of fear or anger.

After Rachane passed, Arkte was introduced to Cowboy. Her grief over Rachane’s loss left Arkte reluctant to interact with Cowboy at first, but slowly his shy personality began to win over her protective nature and their relationship grew. They would race down the hill together for treats, watch eagerly as meats would be prepared or play with their neighbors through the fence when they weren’t lounging around their enclosure following the sunbeams.

Looking back at Arkte’s grief over Rachane’s death, it comes as no surprise that her will to live vanished after Cowboy’s unexpected passing. When her normally active nature became one of extreme inactivity and she calmly allowed her caretakers to sit with her and pet her (something she had never tolerated in all her time at W.O.L.F.) it was obvious that she had made her decision to join her boys and was at peace. When we helped her to pass she was surrounded by love and we know both Cowboy and Rachane were waiting.