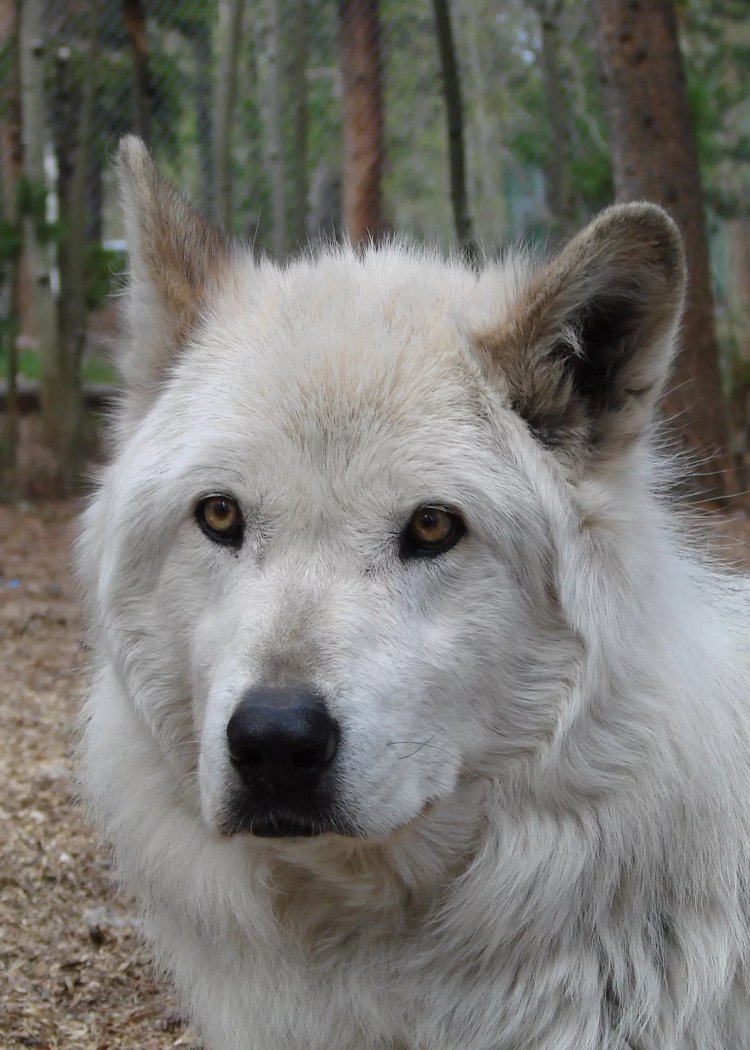 Male
Born: March, 2001
Rescued From: Colorado
Given Sanctuary: January 1, 2002
Returned to Spirit: April 12, 2012
In mid December 2001, Jefferson County, Colorado animal control picked up a free-ranging wolf dog. He was apparently an escape artist extraordinaire, and his human owners no longer wanted him. Jeffco animal control contacted W.O.L.F., and we began figuring out where we could house him long-term. For the interim, he was removed from the county shelter and housed in a makeshift enclosure in a W.O.L.F. volunteer’s garage; replete with cedar chip bedding, play toys and bones. His long-term physical needs were determined to be a large enclosure with 8′-10′ chain link fencing. An agreement was forged with one of W.O.L.F.’s volunteers to construct a permanent and secure one-half acre enclosure on his property high in the Colorado mountains. After two days of dawn to dusk work, frozen toes, and aching muscles, Arcs’s new digs were ready, including a spacious wolf “condo” with removable roof, its floor lined generously with straw.

When Arc was introduced to his new home, he spent the first few moments checking out his surroundings, burrowing his nostrils into the fresh snow on the ground, clearly reveling in this natural setting. He loped and pranced rapidly about the enclosure, inspecting its perimeter, his tail pointing nearly parallel with the earth, giving an occasional gaze upward through the steadily falling snow at the magpies and other forest canopy inhabitants, somehow seeming to know that this was to be his territory. Arc’s enclosure mate was Kawa, another moderately high-percentage male wolf dog rescued in March 2002. Both Arcs and Kawa enjoyed almost daily, supervised contact with two female wolf dogs in a connecting enclosure, often romping about with them at high rates of speed, playfully chasing one another. One of Arc’s favorite pastimes was bopping his pack mates on the head with one of his large and weighty paws. He also thoroughly enjoyed rolling in the lush grass of the house-side enclosure in the summertime. Arcs succumbed to osteosarcoma on April 12th, 2012, when he was a little over eleven years old. He had been noticed limping 3 ½ months earlier, and his breathing had been labored for several weeks. His passing was very quick and likely painless. When his caretaker went out to feed Kawa and him, Arcs was fine. When he returned with their after-dinner treats less than five minutes later, Arcs had passed.