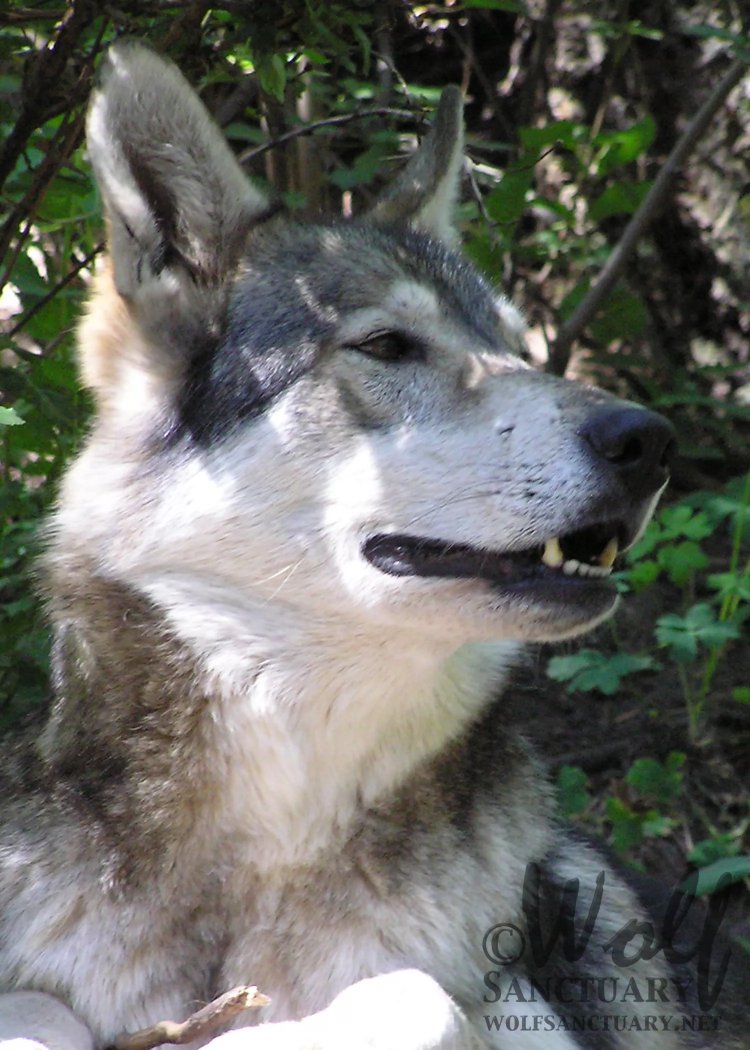 Male
Born: Unknown
Rescued From: Colorado
Given Sanctuary: May 1997
Returned to Spirit: April 2005
Ahzeem came to W.O.L.F. under very unusual circumstances. His owners had purchased him to use as an educational animal. They were planning to move from Colorado to Arizona and start a wildlife rehabilitation facility. They believed that Ahzeem’s training required him to be isolated from other animals, and they kept him in a travel kennel while they were at work. Ahzeem didn’t like being in the kennel for extended periods of time, and his howling and agitation at being confined led the neighbors to call the landlord of the house where he was living. The landlord delivered an ultimatum to Ahzeem’s owners: “Get rid of Ahzeem or move.”

Ahzeem’s owners approached W.O.L.F. and asked that we keep Ahzeem until they were ready to move from Colorado to Arizona. W.O.L.F. explained that it was not a boarding facility, but so as not to penalize Ahzeem for the circumstances his owners had placed him in, W.O.L.F. agreed to take Ahzeem and keep him in isolation from other animals for a period of four to six weeks. It soon became apparent that Ahzeem had a strong alpha personality. Six weeks passed without any word from his owners.

Ahzeem was moved into a larger enclosure with two younger animals, Sky and Nugget. He adapted to his new companions well and showed an exuberance for life that was wonderful to watch. Four months after Ahzeem’s arrival at the sanctuary, his owners phoned to say that they were ready to pick him up. We explained that once an animal has been given sanctuary and introduced into a pack, the animal would be at the sanctuary for the rest of his life. Ahzeem’s former owners threatened legal action against the sanctuary, but W.O.L.F. never heard from them again.

During the last week of Ahzeem’s life, he developed a cough and became lethargic. Ahzeem was rushed to CSU Veterinary Hospital where he was diagnosed with lymphatic cancer. The cancer had spread throughout his body, and there was nothing that could be done for him. With the volunteers who had loved and cared for Ahzeem surrounding him, he was humanely euthanized.